No city represents modern-day Israel more than Tel Aviv does. With its mere 440,000 residents including Jaffa, Tel Aviv is the bustling center of Israel’s most populous region, the Dan region, which is home to over 3.85 million people.

Tel Aviv is at the heart of Israels commerce and industry, particularly the high-tech industry, and part of the Silicon Wadi, one of the worlds foremost R&D centers. But let’s go back to where it began. A little more than 110 years ago the center of Tel Aviv would have looked like this: 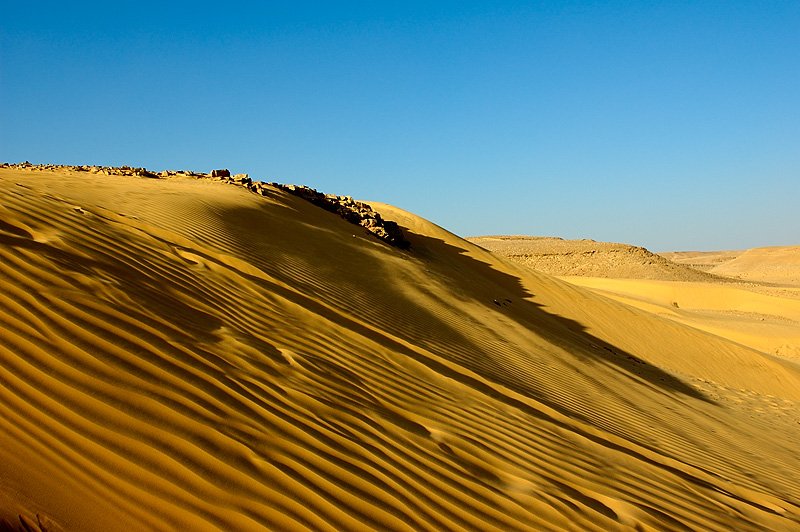 Following the initiative of Jaffa resident Akiva Aryeh Weiss, a building society named Ahuzat Bayit (“homestead”) was founded and 5 hectares of dunes northeast of Jaffa were purchased. On April 11, 1909, the 60 members of the society and their families gathered on a desolate sand dune to parcel out the land by lottery. Within a year several streets were laid and 66 houses were built and connected to the water pipes. This marked the beginning of Tel Aviv. 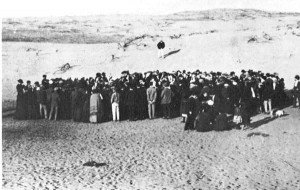 1909 – The founding of Tel Aviv (photo by Avraham Soskin)

Rothschild Blvd., the southern part of it towards Jaffa, used to be a wadi. Unsuitable for building houses, it was filled with sand and turned into a broad boulevard. By 1914 Tel Aviv already measured 1 square kilometer (247 acres), with a mainly Jewish population of around 1,500. During World War I the Ottoman government expelled most of the residents of Tel Aviv, some of whom consequently died of diseases and starvation. Soon after the British occupation of the country, many were able to return. 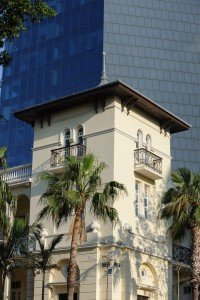 After World War I and under British mandate, Tel Aviv grew steadily and reached a population of 46,000 by 1931. That figure would jump to 130,000 residents by 1936, following the Nazi rise to power in Germany and the persecution of Jews. New building concepts and methods were needed to provide low-cost housing for the new arrivals. Among the immigrants were German Jewish architects who had studied at the Bauhaus school in Germany, together with graduates of avant garde schools in Paris, London, and Moscow. These architects found a receptive ground for new ideas. Advocating functionality and use of inexpensive materials, the Bauhaus style was adapted to local needs to form a unique blend of modern architecture generally described as “International Style“, but often with a local twist. Many years later, in 2003, the UNESCO named Tel Aviv a World Heritage Site for its treasure of modern architecture.

Tel Aviv played a crucial role in the creation of the new state. It was on Rothschild Blvd. that the Haganah – what would become the Israel Defense Force or simply IDF – had its headquarters. Nearby in the former home of Meir Dizengoff, the first mayor of the city, Ben Gurion declared the State of Israel on May 14, 1948. He and his wife Paula had been long-time residents of Tel Aviv, living in a simple two-story building in what used to be Keren Kayemet Blvd., later renamed to Ben Gurion Blvd. 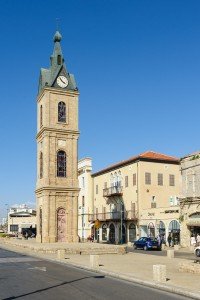 Today Tel Aviv offers a myriad of attractions, starting from ancient Jaffa with its picturesque artists quarter, alleys and the old port, through the flea market and its lovely cafes and restaurants, the old Jaffa railway station, the American Colony, through Tel Aviv’s Neve Tzedek quarter to the famous Rothschild Boulevard and surroundings. There in Lev Tel Aviv – the “heart of Tel Aviv” as the area of Ahuzat Bayit and the early Tel Aviv is called – many of the “eclectic style” buildings dating to the 1910s to early 1930s have been renovated. Mingled in are Bauhaus or international style buildings, and more recently modern skyscrapers, turning this quarter into a breathtaking mixture of old and new. But isn’t that what the name Tel Aviv stands for? 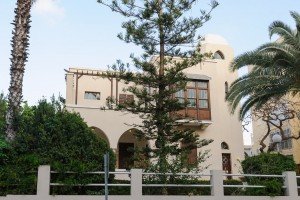 When Nahum Sokolow translated Theodor Herzl’s Altneuland (“Old New Land”) into Hebrew, he chose the title “Tel Aviv”, taken from the book of Ezekiel (3:15): “Then I came to them of the captivity at Tel-abib, that dwelt by the river Chebar, and I sat where they sat”. “Tel” stands for a man-made hill created by many generations of people living and rebuilding on the same location and symbolizes the ancient. “Aviv” means “spring” in Hebrew and symbolizes the renewal.

Below are some examples of my tours through Tel Aviv – Jaffa:

The beginnings of Tel Aviv: the old quarters, its landmark buildings, people and (hi)stories. On this tour we see some of the best examples of international style (Bauhaus) and eclectic architecture. ~4 hours.

Not included are transportation, entry fees (where required), meals, and any other personal expenses. I will be happy to organize a car or minibus with driver.

Special interest tours such as a Graffiti highlights tour, American and German influences on Jaffa, the development of the Yishuv, Silicon Wadi tour, etc. upon request.