The Isaac Kaplan Old Yishuv Court Museum is located in an ancient 500-year-old house in the Jewish Quarter of Jerusalem’s Old City. The museum tells the story of Jewish life inside the city walls, from the 16th century up until 1948 when the Jordanians conquered the Old City and expelled the Jews. 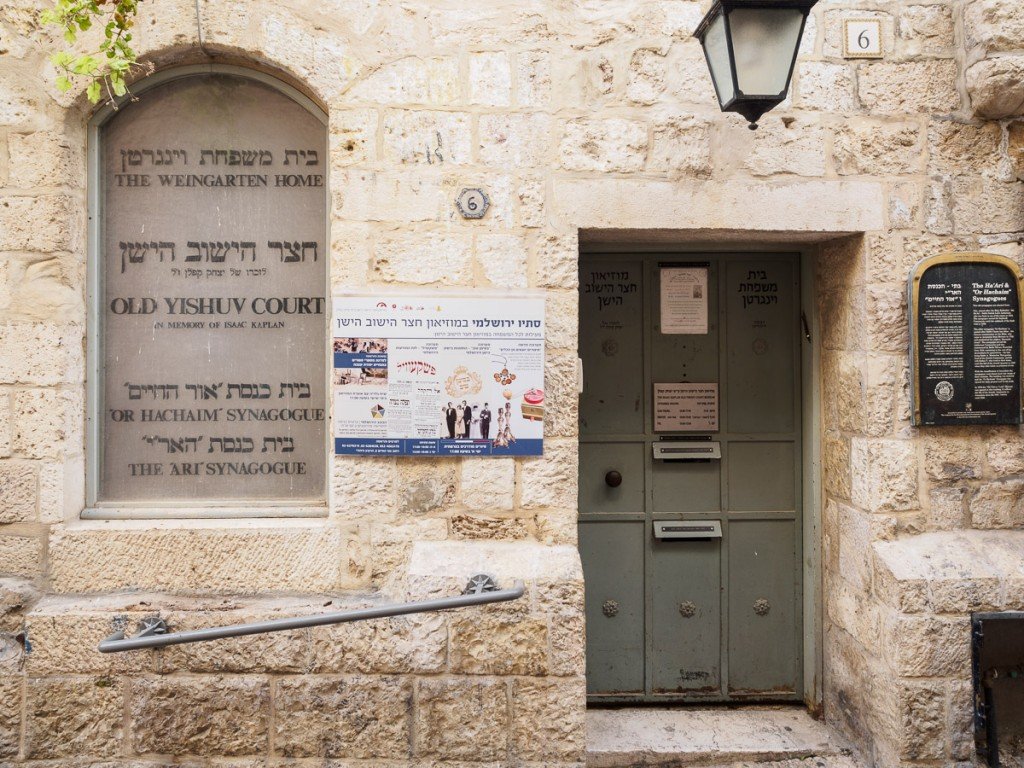 The house and its rooms surround an inner court, the “Chatzer”. Each room held a family: parents, 3-4 children and sometimes the grandfather or grandmother, or perhaps an old aunt. The water in those days was drawn from a cistern in the courtyard. Of particular interest is the bedroom from the mid 19th century. At that time the city’s population counted a mere 15,000 inhabitants, among them 6,000 Jews. The bed displayed here – one of a total of 6 that were available in the city – was a luxury item. A husband would rent the bed for his pregnant wife to give birth. The inscriptions and amulets were placed in the room to protect the infant and mother.

Living conditions in Jerusalem were difficult in those days, to say the least. Much throughout the 19th century life expectancy in Jerusalem reached about 35 years. 4 out of 5 children would die before reaching the age of 1. Reasons for the high death toll in the yishuv were, among others, lack of hygiene, water pollution, population density, young age of the mothers, poverty and malnutrition, lack of medical care, and more. And if that wasn’t enough, every once in a while a deathly epidemic or a famine would take its toll from the inhabitants. Rabbi Avraham Mordechai Weingarten, mukhtar of the Jewish Quarter (photo by John Phillips, from his book “Jerusalem: A Will to Survive”)

Until 1850 most Jews living in Jerusalem were from Sephardic (meaning “Spanish”) origin, many of whom refugees that fled from the Spanish inquisition at the end of the 15th century. The house became home of the Weingarten family, descendants of Shlomo Pach Rosental, one of the first Ashkenazi Jews to settle in the Jewish quarter in the early 19th century. From 1935 to 1948 Mordechai Weingarten held the title mukhtar (the head of the neighborhood) of the Jewish Quarter.

Inside the house are also two synagogues: the Or HaChaim synagogue and the ARI synagogue, named after Rabbi Isaac Luria Ashkenazi known by his Hebrew acronym Ha’ARI Hakadosh (“The Holy ARI”). According to tradition, the ARI was born in one of the rooms in this house, in 1534. Educated in Egypt, the ARI eventually moved to Safed in the Galilee, where he became a leading rabbi and kabbalist. Today he is referred to as the father of contemporary Kabbalah. During the 1936 Arab riots the ARI synagogue was looted and burned down. 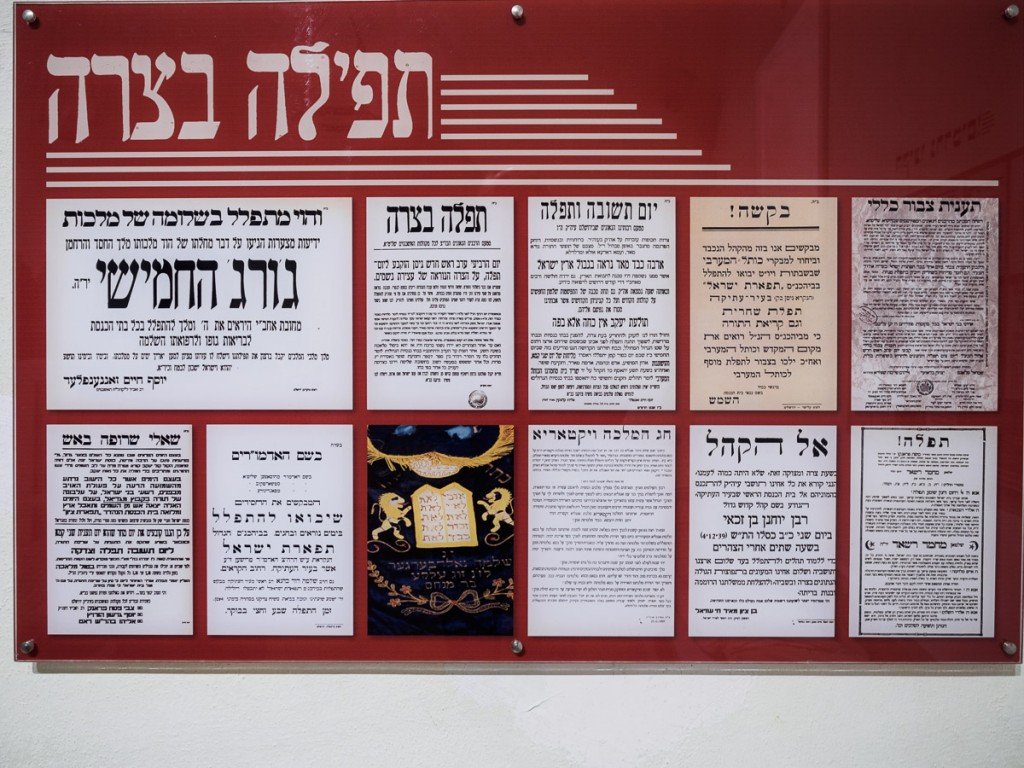 The exhibition includes a collection of pashkvilim (singular pashkvil) or posters usually raising religious issues and calling Jewish citizens to obey the halakhic or religious laws. These pashkvilim offer a valuable insight into the 19th and 20th century Haredi Jewish society.