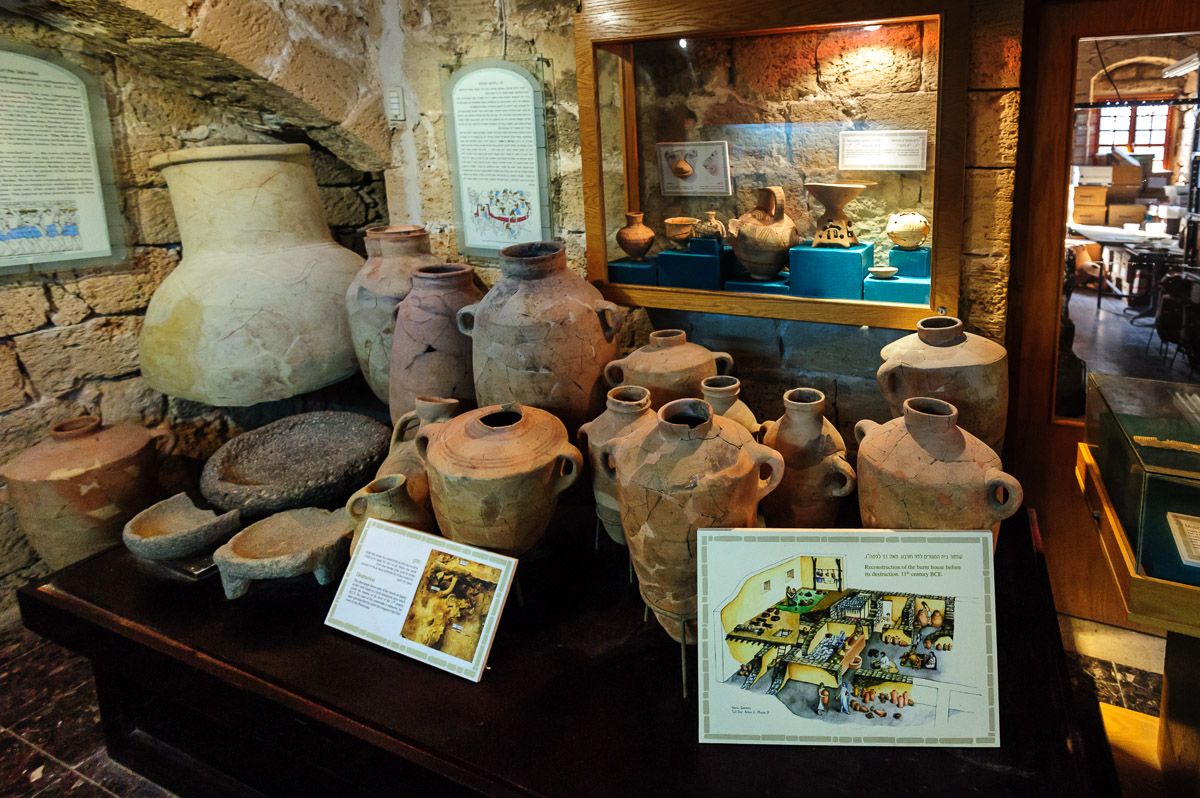 South of Tel Dor at Kibbutz Nahsholim is the Mizgaga Museum (the Glass Factory Museum), a museum for nautical and regional archaeology housing many of the finds from Tel Dor and surroundings, including finds from underwater digs. 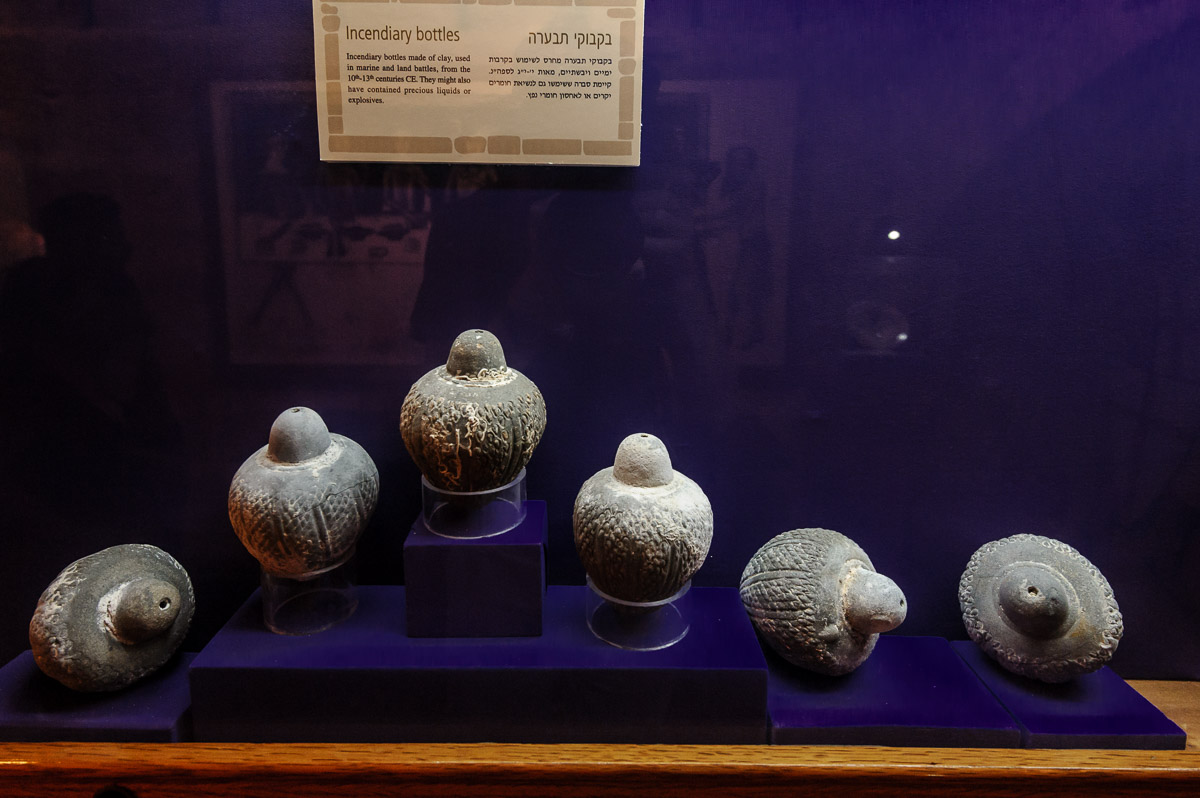 One of the many treasures of the museum are canons and other items from Napoleon‘s Palestine campaign that he dumped in the sea at Dor after his defeat at Acre. 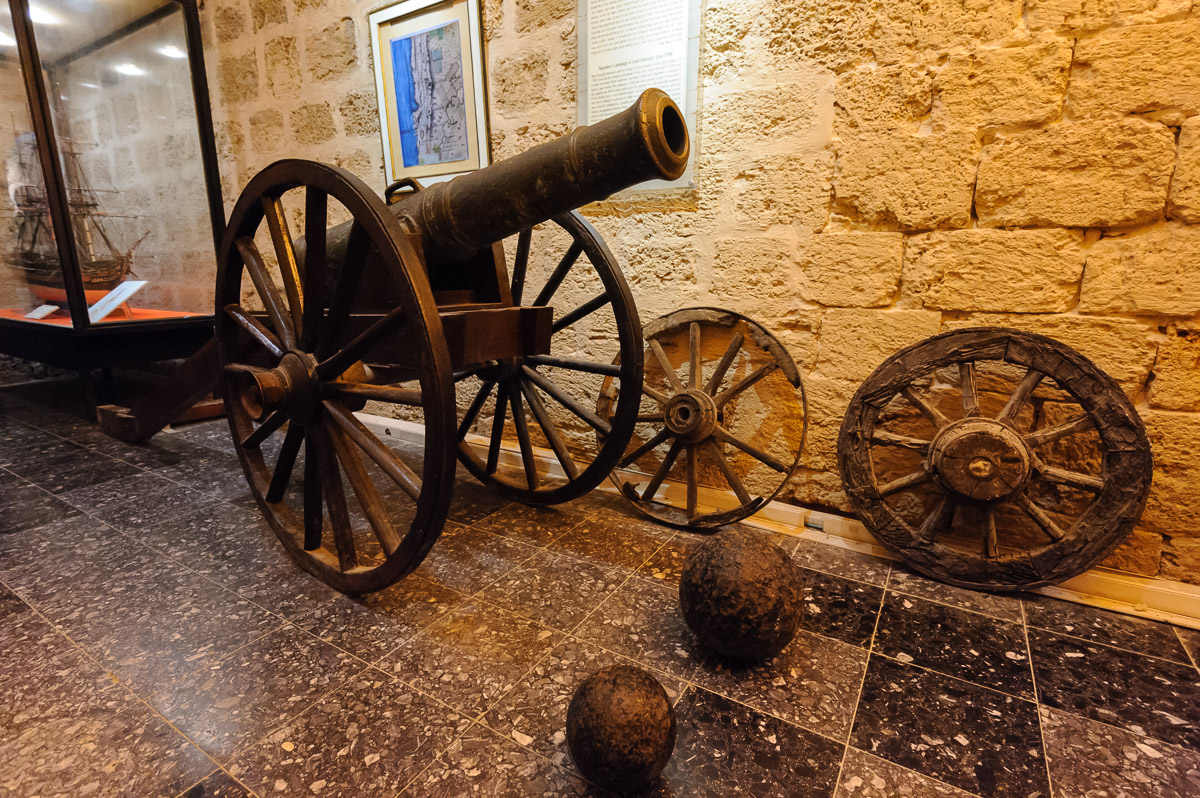 Another part of the museum is dedicated to the ancient glass industry. Actually the Mizgaga was a glass factory financed by Baron de Rothschild and managed by Meir Dizengoff  (who later became the mayor of Tel Aviv). The idea was to produce wine bottles for the infant wine industry in Zikhron Ya’acov, but, as it turned out, the sands at Dor (then the Arab village Tantura) were unsuitable. 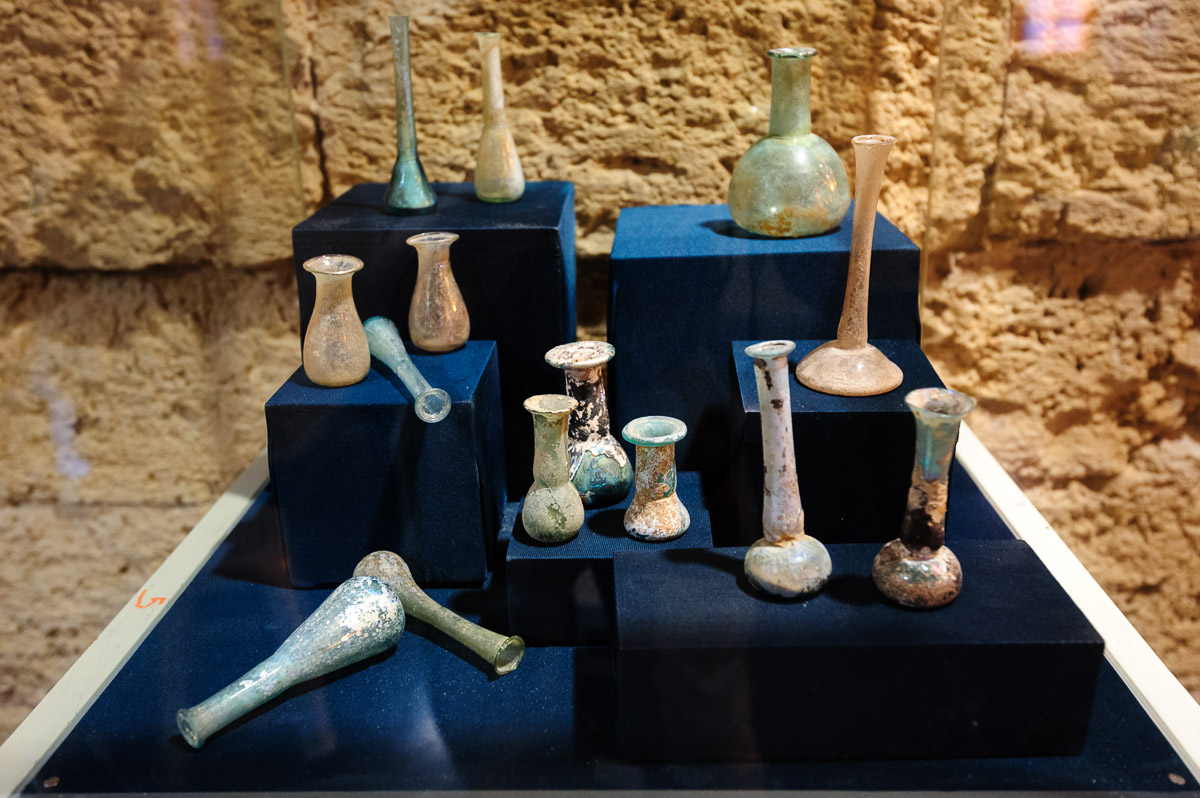 Today, the old glass factory holds one of the most fascinating exhibitions on archaeology, including a special section on the history of glass manufacture.

The museum also tells the story of producing purple-blue dye from Hexaplex trunculus or murex trunculus sea snails, which the Hebrew Bible calls Tekhelet (תכלת in Hebrew). This purple-blue dye is used in the priestly garments as well as in the tzitzit or tassel that are attached to the four corners of the tallit (prayer shawl). Another dye made from snails of the murex family is Tyrian purple or royal purple, produced by the Phoenicians as early as the 16th century BCE. Manufacturing the dye – both tekhelet and royal purple – was an elaborate process requiring thousands of snails to produce a single gram of color.