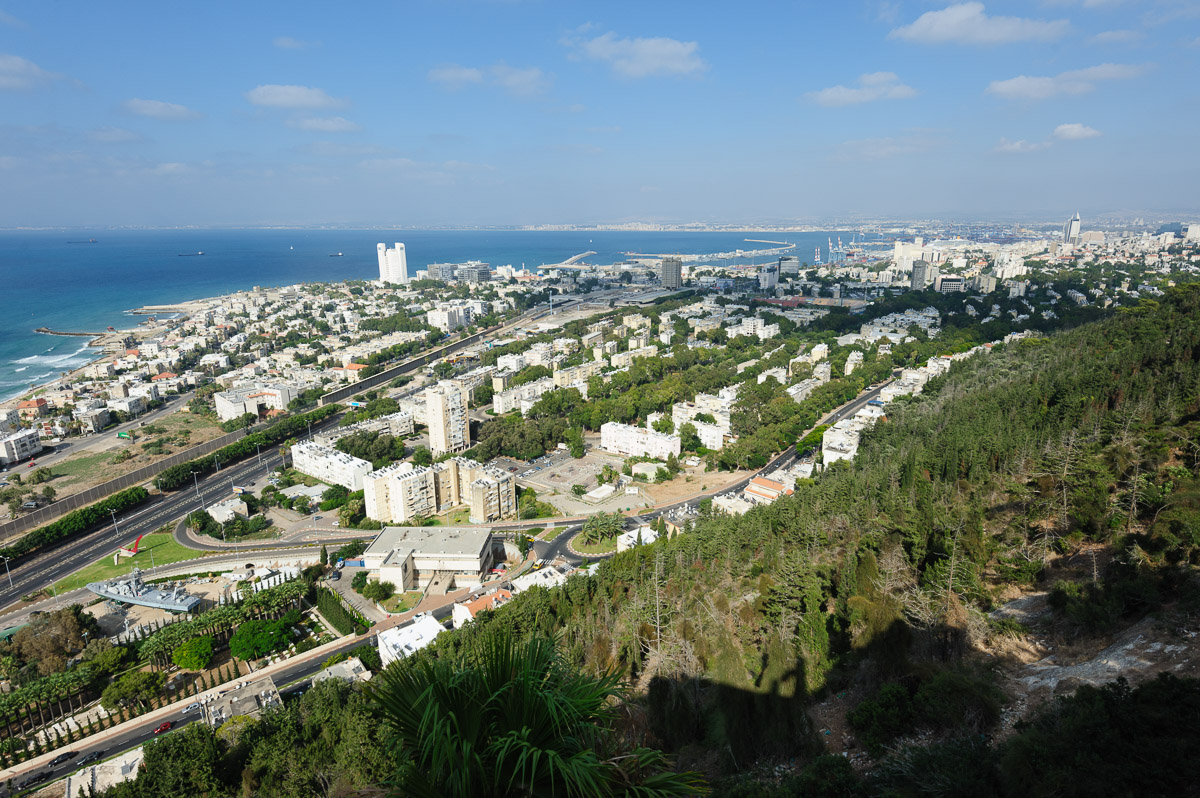 Haifa’s history goes back 3,400 years, to the Late Bronze age. In early times the city was called Sycaminum. Remains of the Late Bronze, Iron age, Persian period, through to the Byzantine period have been discovered at Tel Shikmona, which lies at the foot of Mt. Carmel. The Tel had been abandoned at the onset of the Muslim era. “Shikmona” in Hebrew means “sycamore fig” or “fig-mulberry” (Ficus sycomorus), and the name is mentioned in the Mishna (ca. 200 CE). Another ancient site within the town area of Haifa today is Tell Abu Hawam on the Kishon stream, where remains of a small port city and fishing village from the Late Bronze Age were discovered.

The name “Efa” is first mentioned in the early 2nd century CE Roman period, referring to a Roman fortress and a small Jewish settlement near Tel Shikmona. Haifa is often mentioned in the Talmud. Eusebius, the bishop of Caesarea, mentions Hefa or Hepha in his Onomasticon, a directory of place names written in the early 4th century CE. Later the crusaders would capture Haifa from the Jewish and Muslim defenders and call it Caiphas, which is related to the Aramaic name of Simon Peter. Benjamin of Tudela, a 12th century Jewish traveler, attributes the name to Caiaphas, the Jewish high priest at the time of Jesus. 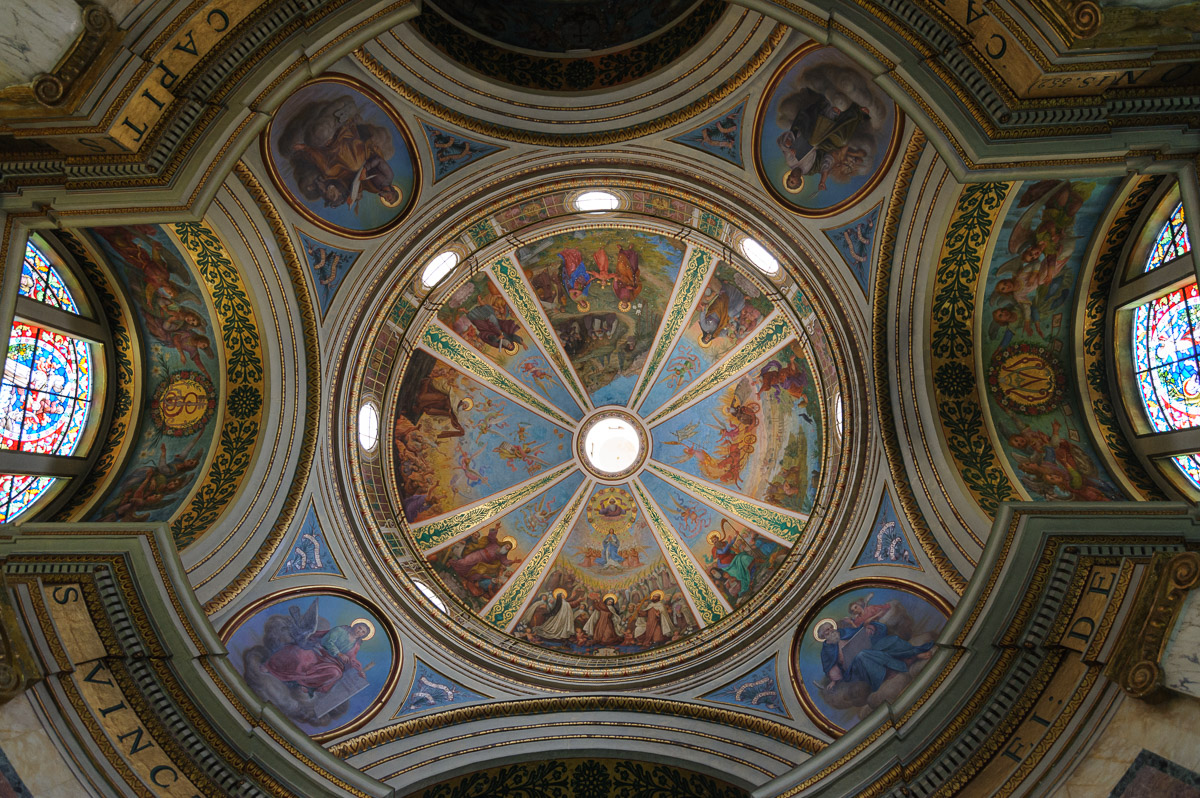 In the 12th century hermits settle in the caves on Mt. Carmel and in the 13th century they found a new Catholic order, the Carmelites. The Carmelite monastery is one of the places drawing Christian pilgrims to Haifa. Already the Old Testament – the Tanakh – writes about Elijah who challenges the worshipers of Baal and Ashera on Mt. Carmel, and the cave of Elijah is an attraction for Jews and Christians alike. 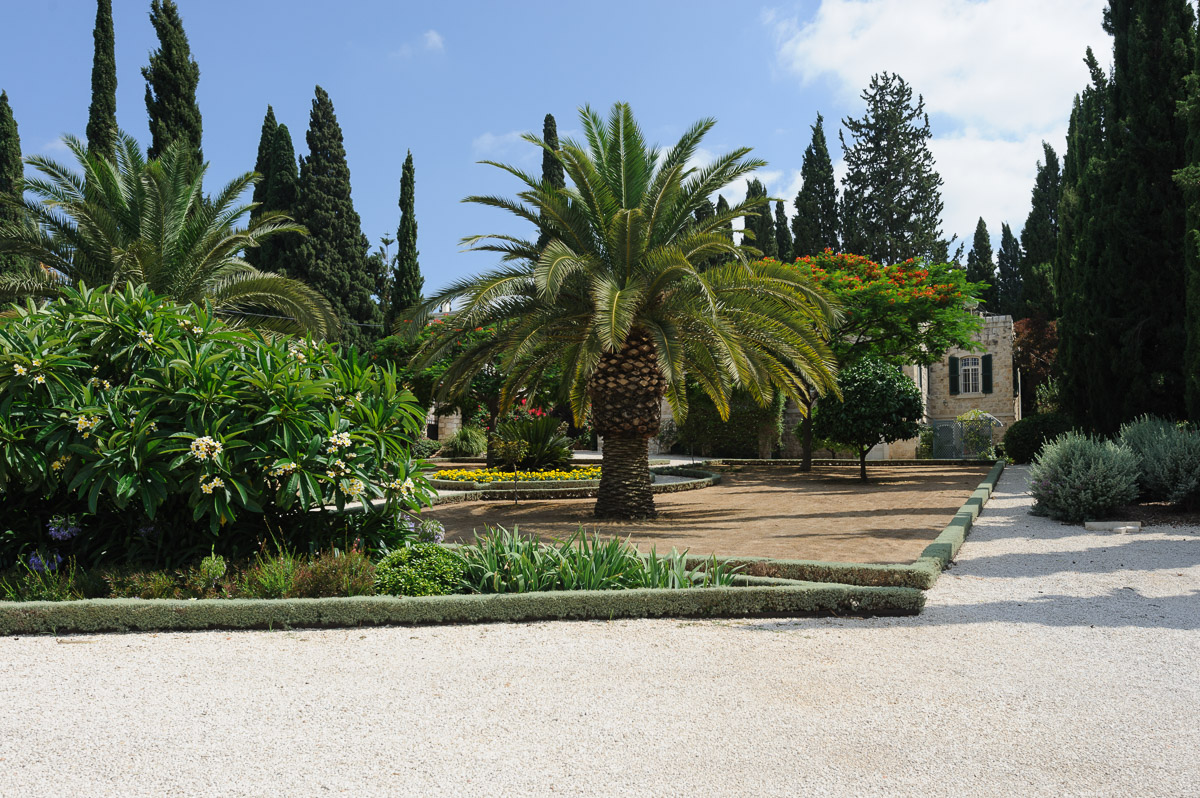 In 1765 Haifa was a small Muslim settlement with 250 inhabitants. Dhaher al-Omar, the former Ottoman tax collector who had greater ambitions, moved the settlement to a new location east of Tel Shikmona and fortified it. Of course, Napoleon had Haifa conquered and the fortifications razed. Haifa grew with the decline of Acre following the brief Egyptian rule of Palestine between 1831-1840. 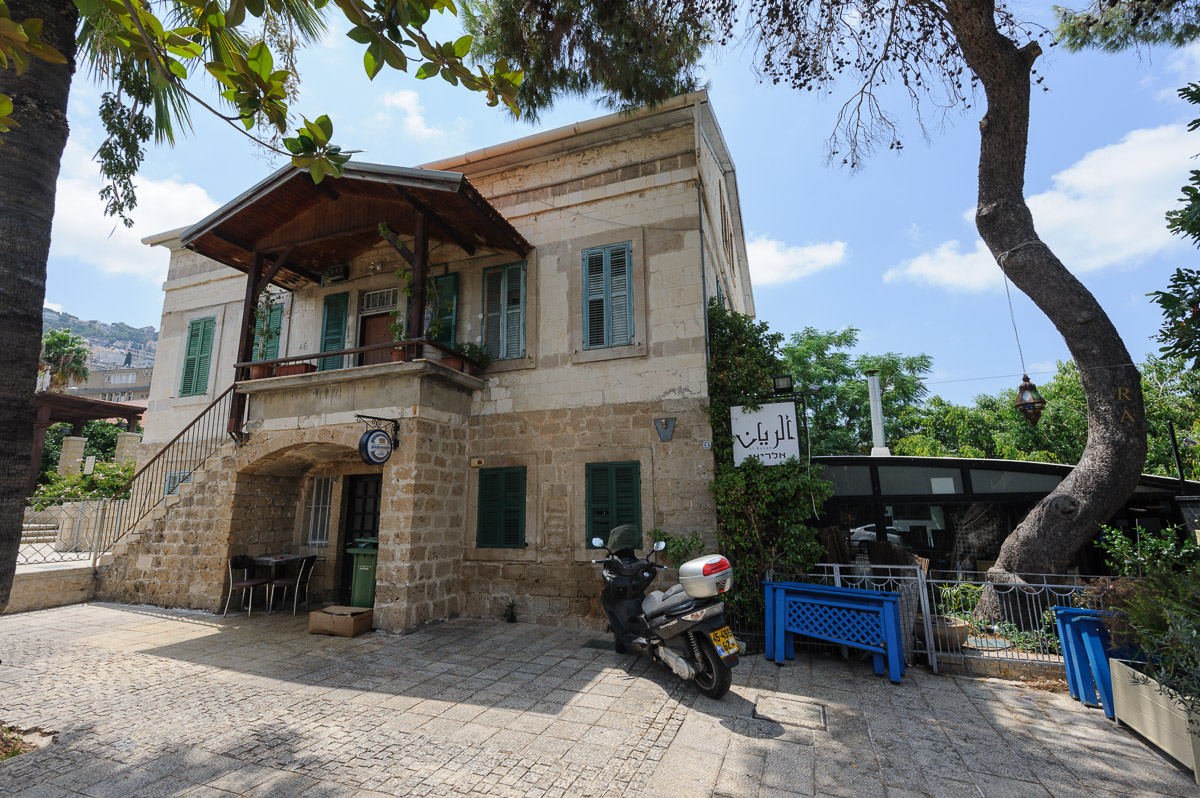 1868 saw the arrival of the German Protestant Templers (not to be confused with the crusader Templars) in Haifa, who established the German Colony. In many ways, this marked the beginning of a new city, and had a crucial influence on the development of Palestine and Israel. The Templers built a steam-based power station, opened factories and modernized the city.

Jewish immigrants from Romania arrived by the end of the 19th century and purchased a large plot of land. The Jezreel Valley railway, a branch of the Hejaz railway, was built in 1905 and accelerated the growth of Haifa. 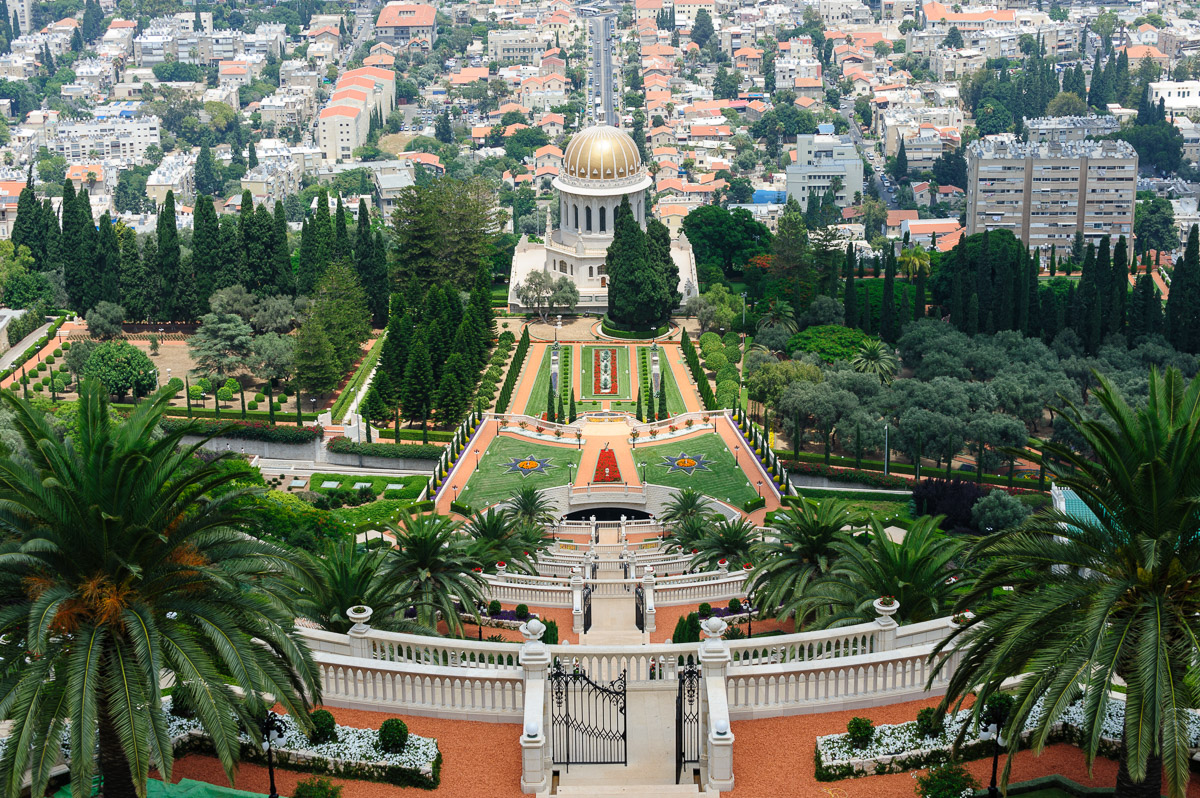 In 1909 the remains of the Báb (“gate”), as Ali Muhammad Shirazi had called himself, were laid down in a specially erected tomb on the slopes of Mount Carmel. Today Haifa is the world center of the Bahá’í faith founded by Bahá’u’lláh, a disciple of the Báb. The magnificent Bahai Gardens, also termed the “Hanging Gardens of Haifa”, stretch down the slope of Mt. Carmel and are a must see for every visitor.

1912 saw the establishment of the Technion Institute of Technology, the first university in Israel. But the insistence of the main sponsor of the school, the German Jewish aid organization “Ezra” (Hilfsverein der Deutschen Juden), to teach in German led to the “War of Languages”, a war without casualties in which the Hebrews won. Today’s faculty members include 3 Noble price laureates in chemistry. The historic Technion building now houses the National Museum of Science Technology and Space (Madatech), where one can also see the palm tree planted in 1923 by Albert Einstein. Ever since its foundation, the Technion has been a main contributor to Israels high-tech industry and the Silicon Wadi.

During the British Mandate period that followed World War I, Haifa turned into an industrial port city. The British soon realized the benefits of the Haifa bay as a natural location for a deep sea port. Under British rule, Haifa developed into a hub for Middle-East crude oil. A pipeline running from Iraq to Haifa was constructed, refineries and an electric power plant were built and Haifa became the center for the country’s heavy industries. The city’s population continuously rose, both the Jewish and Arab population. Whereas Jews primarily immigrated from Europe, many Arabs immigrated from Syria’s Hauran region, but also neighboring villagers came to live in Haifa to work in the factories.

One of the Muslim immigrants was Izz ad-Din al-Qassam, a Syrian refugee who first fought against the French colonialists in Syria and at their victory fled to British-controlled Haifa. Inspired by Muslim fundamentalist ideas, he became an Islamic school teacher, preacher, and recruiter for his Black Hand guerrilla bands who would soon terrorize the local British, Jewish, and moderate Arab population. His radical teachings fell on fertile ground among the poorer Muslim population of Haifa – migrant workers or landless tenant farmers who lost their livelihood when their landowners sold the land to the Jewish National Fund. Over the years, dozens of people were assassinated by his bands. Finally, after the murder of a British constable, Moshe Rosenfeld, the British started a manhunt for the suspects and eventually discovered Al-Qassam and some of his men hiding in a cave. In the ensuing firefight he and 3 followers were killed. His death lead to strikes in Haifa and other cities in Palestine and Syria. Al-Qassam is buried at the former Arab village of Balad al-Sheikh, now Nesher, a suburb of Haifa. Today the military wing of the Islamist Palestinian movement Hamas bears his name, so do the Qassam rockets produced and used by Hamas.

Israels war of independence left its mark on Haifa. Violent clashes between Arabs and Jews, with the Jewish forces soon gaining the upper hand, eventually led to the exodus of Haifa’s Arab population. A mere 6,000 Arabs – around 10% of its former Arab inhabitants – remained. 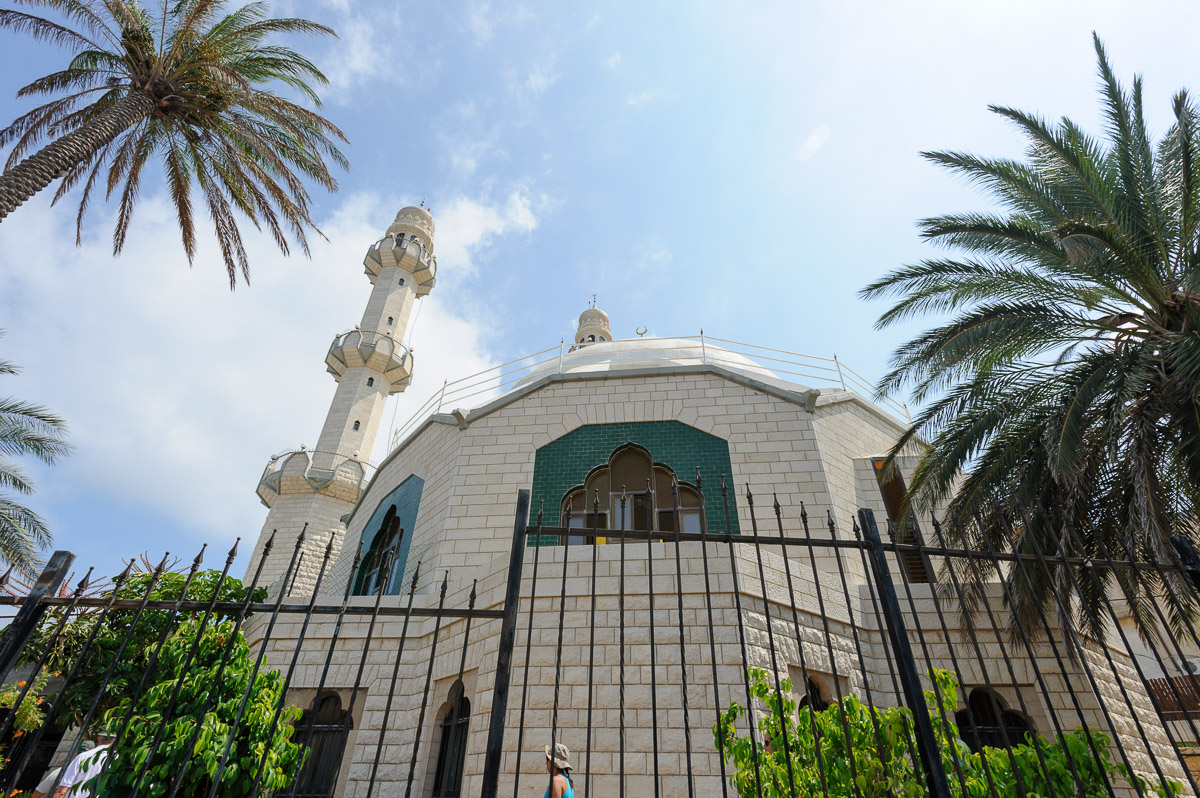 Today Haifa is the 3rd largest city of Israel, and despite the rough past, Jews and Arabs – most of whom are Christians – live in co-existence. Haifa and its surroundings are home to different ethnic-religious groups, such as the nearby Druze villages of Daliyat al-Karmel and Isfiya on Mount Carmel. An Arab Muslim minority of a special kind are the Ahmadis, most of whom live in the suburb of Kababir. The Ahmadiyya Muslim Community preaches a peaceful Islam, which strictly forbids violence. Sadly Ahmadis are often persecuted in Islamic countries. Israel is the only country in the entire Middle East that permits Ahmadi Muslims to practice their faith freely, which is why their regional headquarter is in Haifa. Their landmark building, the Mahmoud Mosque with its two minarets, can be seen from afar. 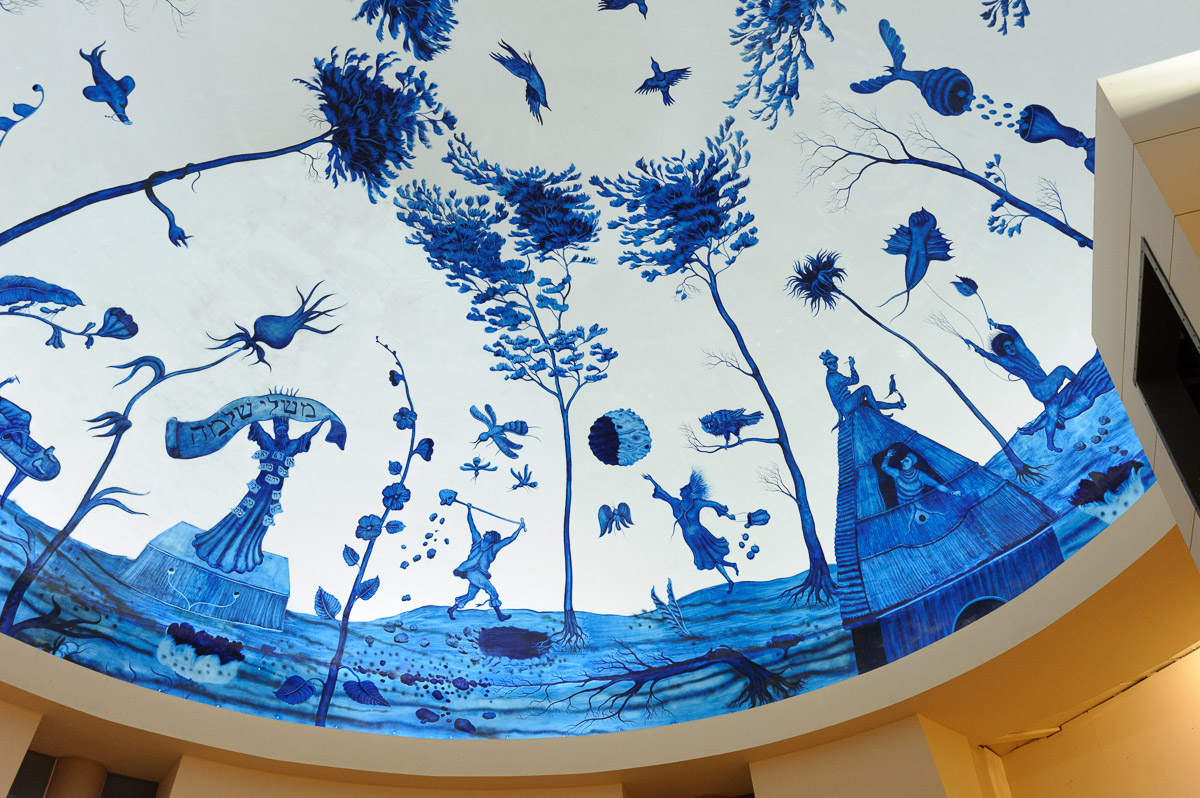