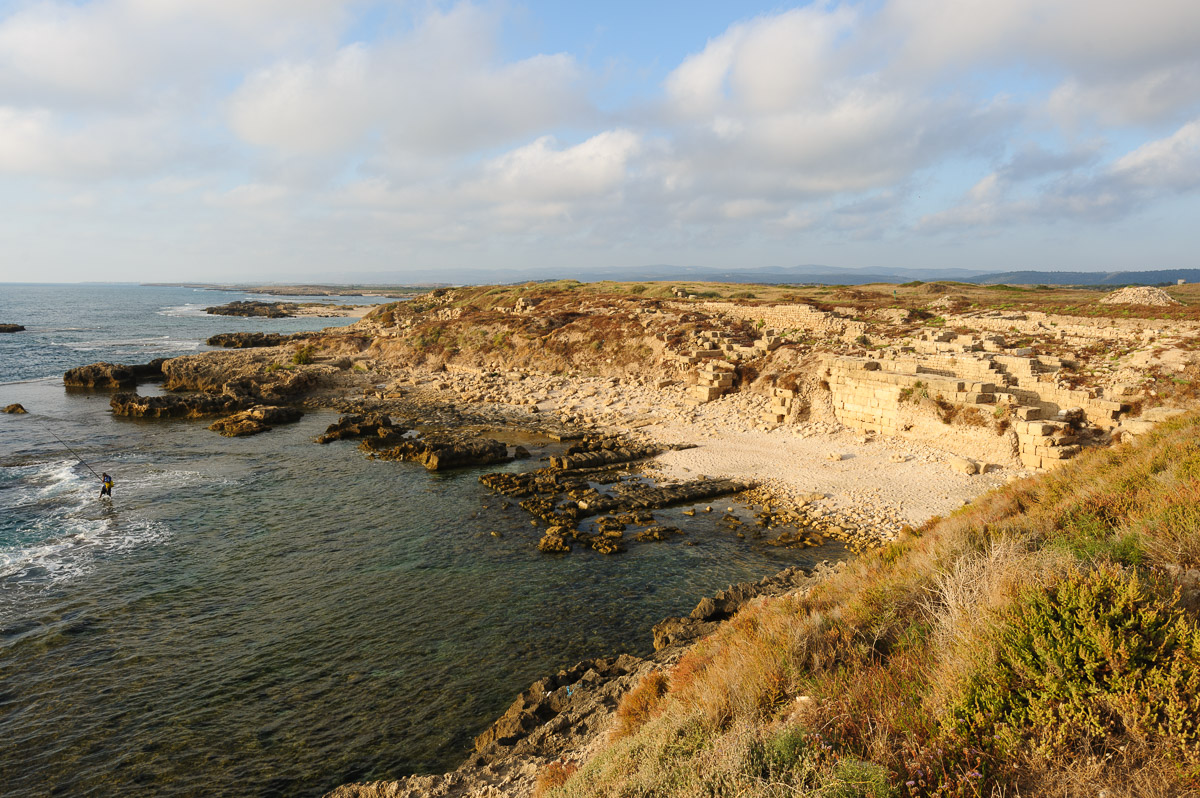 Dor was a Canaanite city, founded around 2000 BC during the Middle Bronze age. Later on it was settled by the Sea Peoples (possibly from the Aegean Sea), followed by the Phoenicians at around 1100 BC. Having one of the few natural harbors along the Mediterranean coast of Israel, Dor became the main port city under king Solomon as well as a district capital. In 732 BC Dor was conquered by the Assyrian king Tiglath Pileser III, becoming the capital of the Assyrian coastal province Duru. During the 6th and 5th century BC, under the rule of the Achaemenid Persians, Dor flourished and developed into a multicultural city, inhabiting Greeks, Phoenicians, and native Dorians within its city walls.

During the Hellenistic period Dor – now called “Dora” – was rebuilt and transformed into a Phoenician-Hellenistic city, becoming an important regional fortress. At times it even minted its own coins. The city became later part of the Hasmonean kingdom. 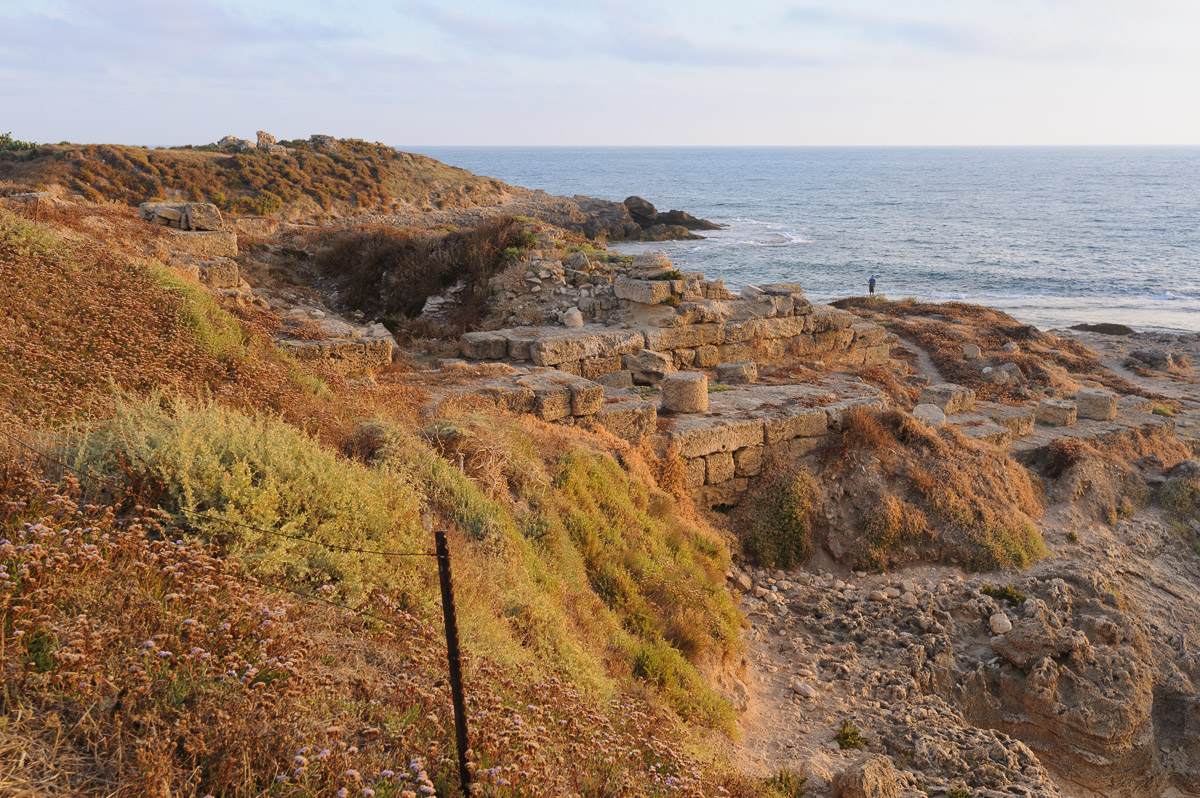 After Pompey conquered the land in 63 BC, he restored Dor and some other cities to their own citizens and put them under the province of Syria. Josephus Flavius writes (The Wars Of The Jews):

[Pompey] also took away from the nation all those cities that they had formerly taken, and that belonged to Celesyria, and … reduced Judea within its proper bounds. [Pompey] also made other cities free from their dominion, that lay in the midst of the country…; Hippos, and Scythopolis, as also Pella, and Samaria, and Marissa; and besides these Ashdod, and Jamnia, and Arethusa; and in like manner dealt he with the maritime cities, Gaza, and Joppa, and Dora, and that which was anciently called Strato’s Tower [i.e. Caesarea]… All which he restored to their own citizens, and put them under the province of Syria. 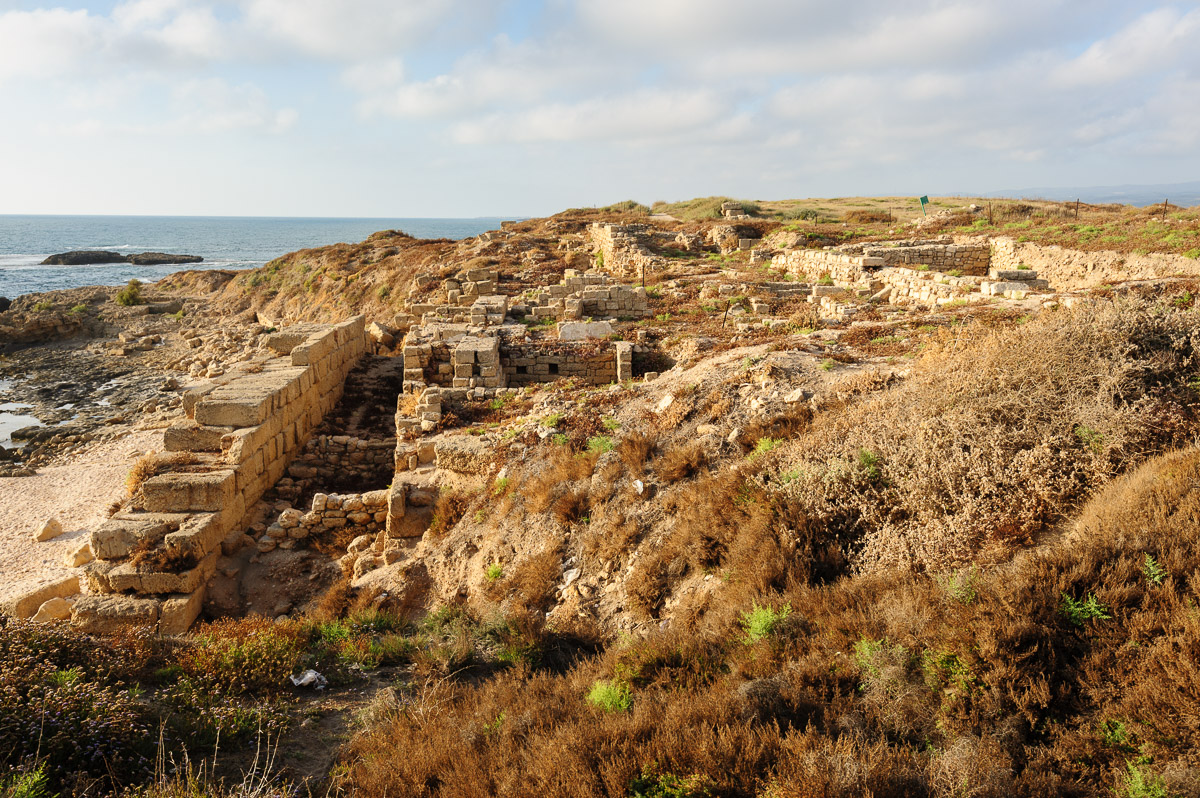 Once again the city was rebuilt, now according to Roman standards, including a Roman theater. But soon afterwards, when Dor went to Herod, he saw that the harbors were too small. He consequently built Caesarea with a large modern port, which marked the beginning of Dor’s decline. Many residents of Dor moved to Caesarea. By the middle of the first century CE Dor was inhabited by a Jewish community.

By the 3rd century CE the mound was abandoned and the city was mostly deserted. In the 4th century CE a basilica was constructed, and later in the Byzantine period Dor became the seat of a bishopric. After the Arab conquest the basilica was destroyed.

Dor somewhat revived during the Crusader period, when a modest fortress was built on the mound. 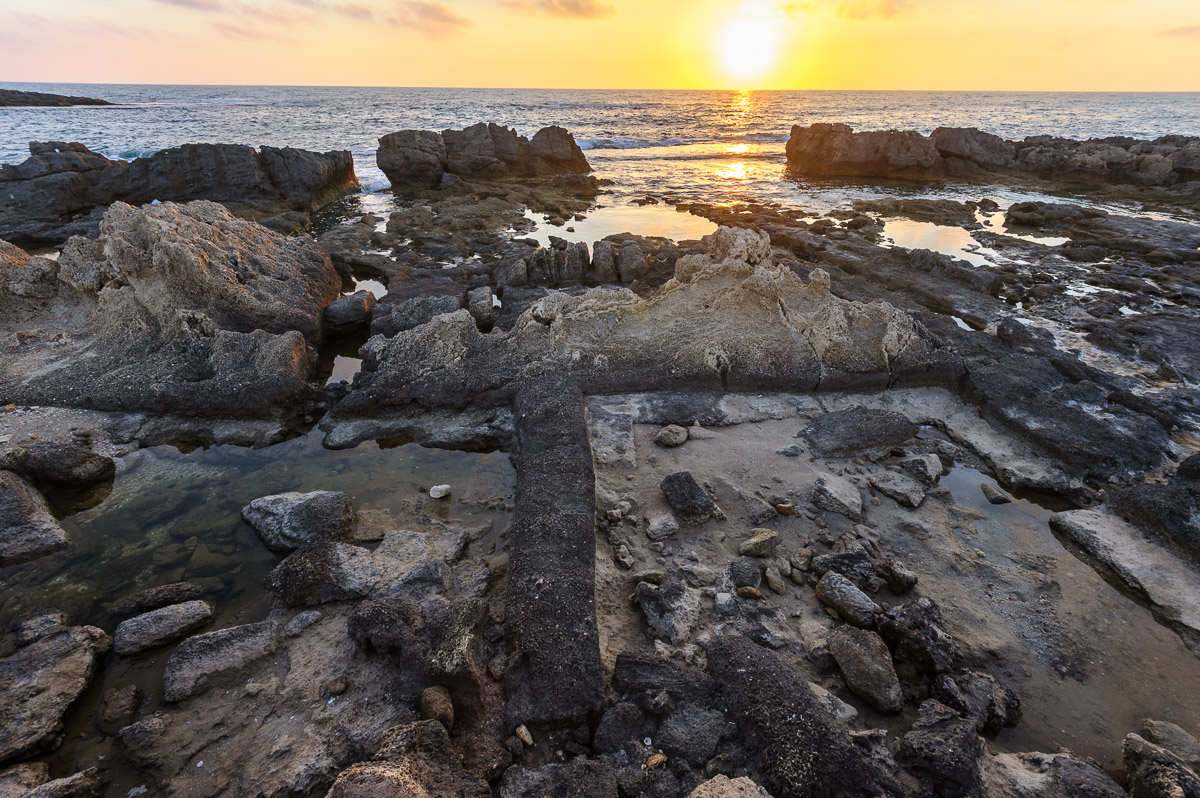 During antiquity, Dor was not only known as a port city and commercial center on the Via Maris, the main route linking Egypt with Assyria and other northern and eastern empires. Excavations have unveiled an extensive dye industry. Murex shells were used to produce purple dye, the color “tekhelet” (or t’chelet / תכלת‎)  in Hebrew. This purple color is also known as royal purple or Tyrian purple, the color of the kings. It was used in the clothing of the High Priest, the tapestries in the Tabernacle, and the tzitzit (Hebrew: ציצית) affixed to the corners of one’s four-cornered garment, such as the tallit (garment worn during prayer).

Dor and Kibbutz Nahsholim offer some of the most beautiful beaches along the Mediterranean sea. During the summer it’s well worth packing in some bathing clothes. 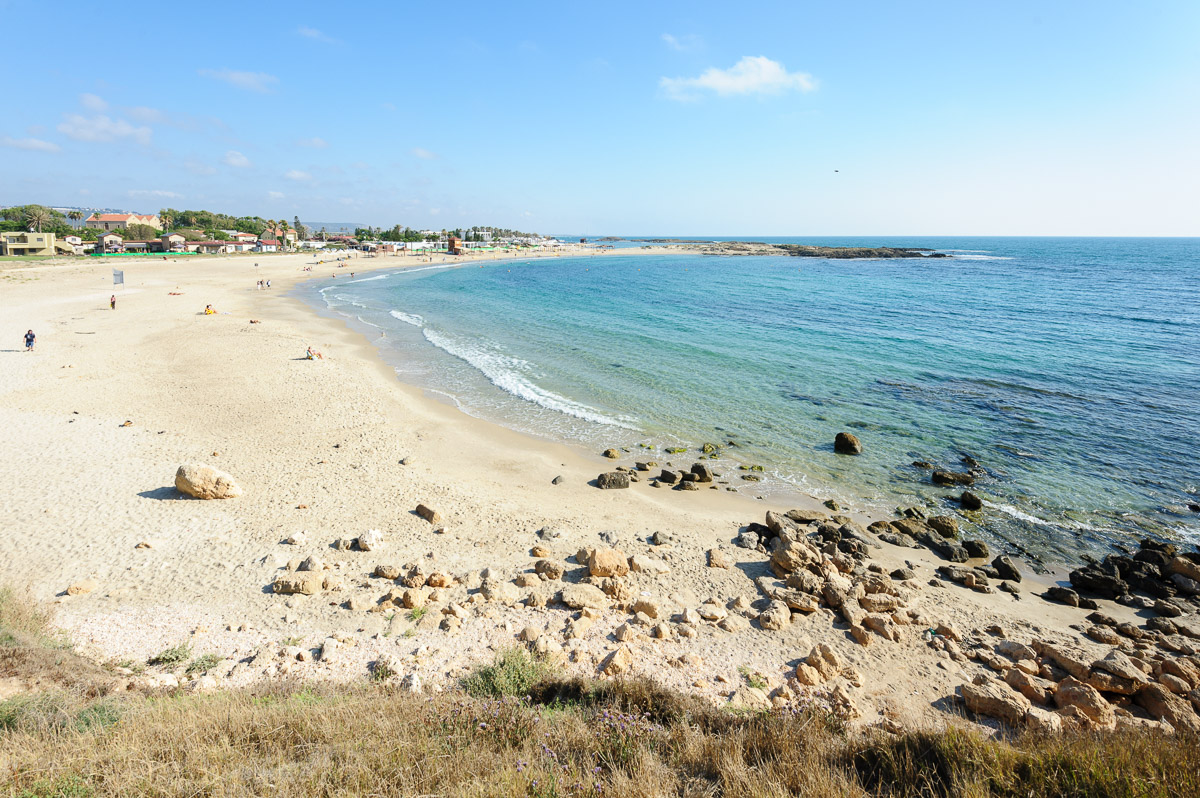