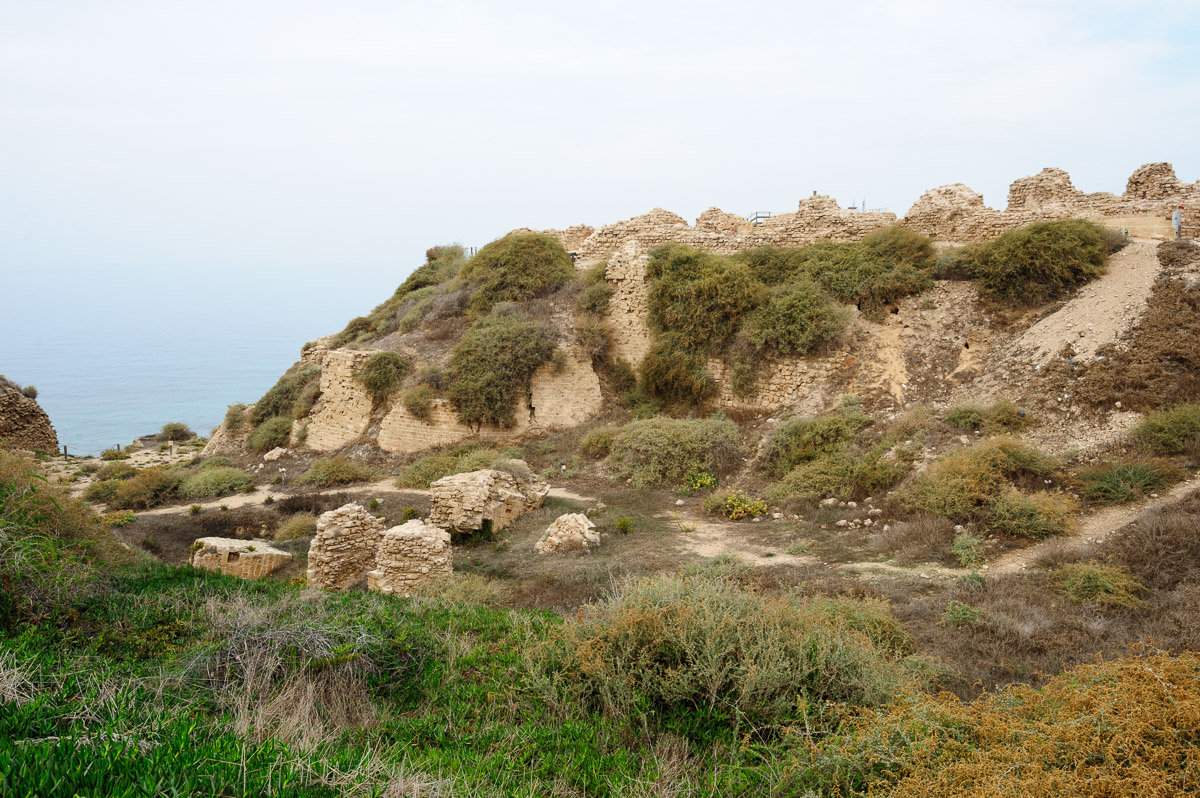 Settled as early as the Chalcolithic period, Appolonia-Arsuf became an urban center under Sidonian hegemony during the Persian period in the late 6th century BC. The people living in the town were Phoenicians, who left their linguistic mark by naming the town after one of their gods, Reshef (Resheph). From an inscription on the tomb of Eshmunazor II, king of Sidon (Lebanon), we learn that the Sharon plain used to be the fertile lands of grain (the tomb is on display in the Louvre, Paris). The site was renamed to Appolonia during the Helenistic period, since Apollo was identified with the god Reshef. Little has remained from those early periods. 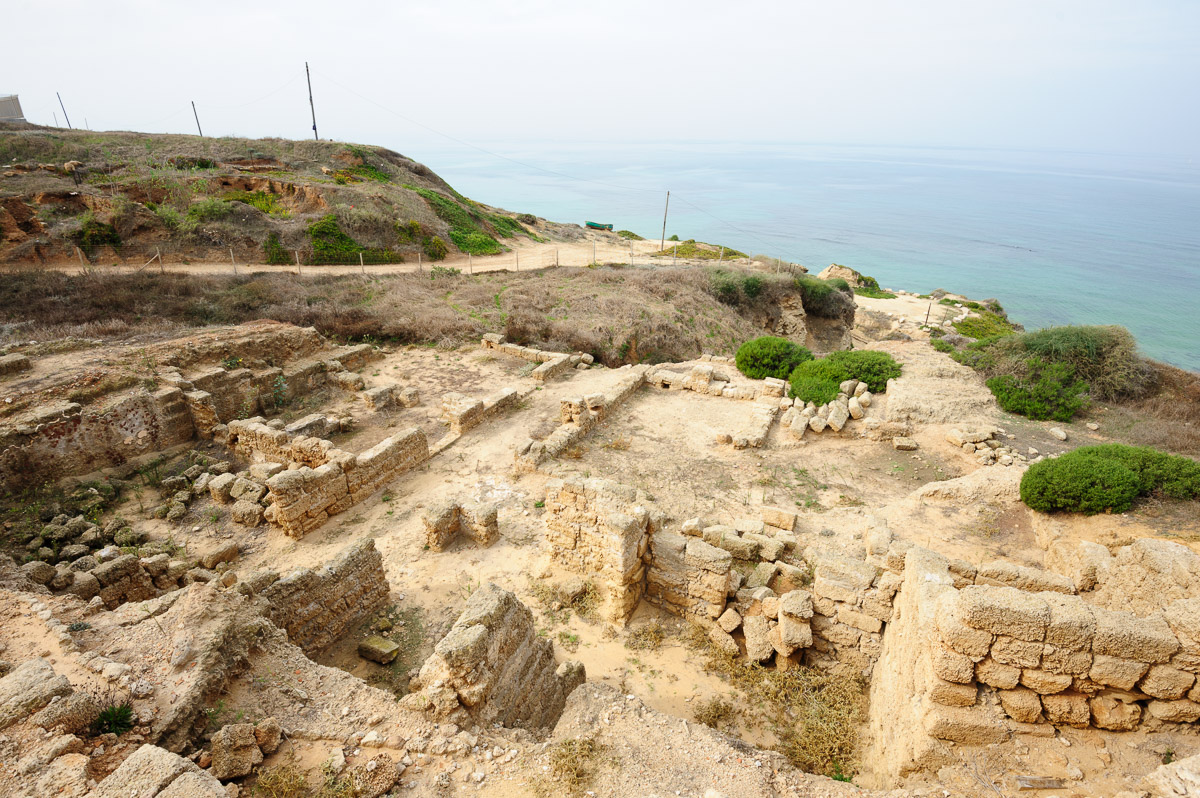 Appolonia is first mentioned in historical sources during the Roman period (Flavius Josephus, Pliny the Elder, Ptolemy). It became an important way-point on the coastal road called Via Maris. Remains of a Roman villa can be seen at the southern end of the park. Following destruction by a devastating earthquake in the early 2nd century CE, the town was quickly rebuilt. 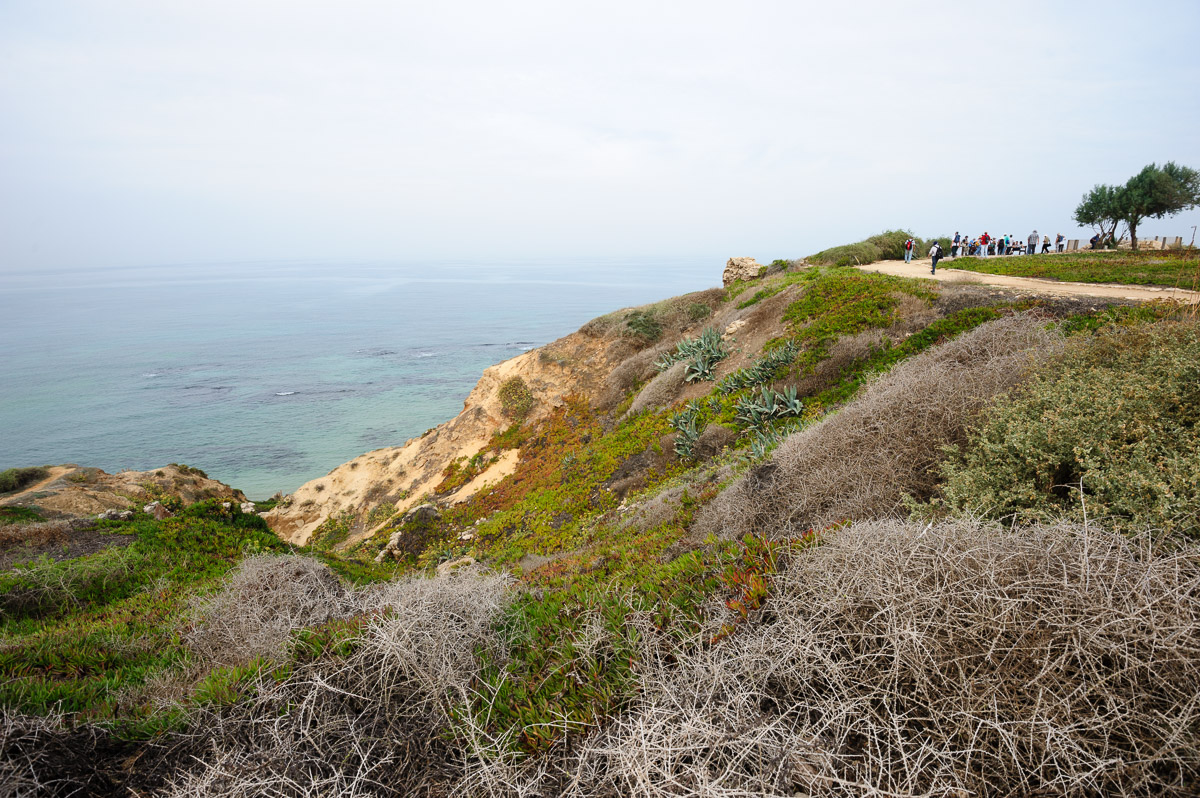 During the Byzantine period, the town – then known as Sozousa (Suzussa) – extended to become the second largest city in the Sharon plain, after Caesarea. At the time it was populated by Christians and Samaritans. Remains of a Byzantine church including a mosaic floor have been revealed, as well as remnants of a prosperous glass industry.

The town was conquered by the Muslims in 640, who restored the Semitic name Arsuf as Arabic transliteration of Reshef. The towns area decreased during the Muslim period and a wall was built dating back to the reign of the Ummayyad Caliph Abd el-Malik (685-705 CE), remains of which can be seen on the southern and western parts of the site. An early Islamic market street has also been uncovered. 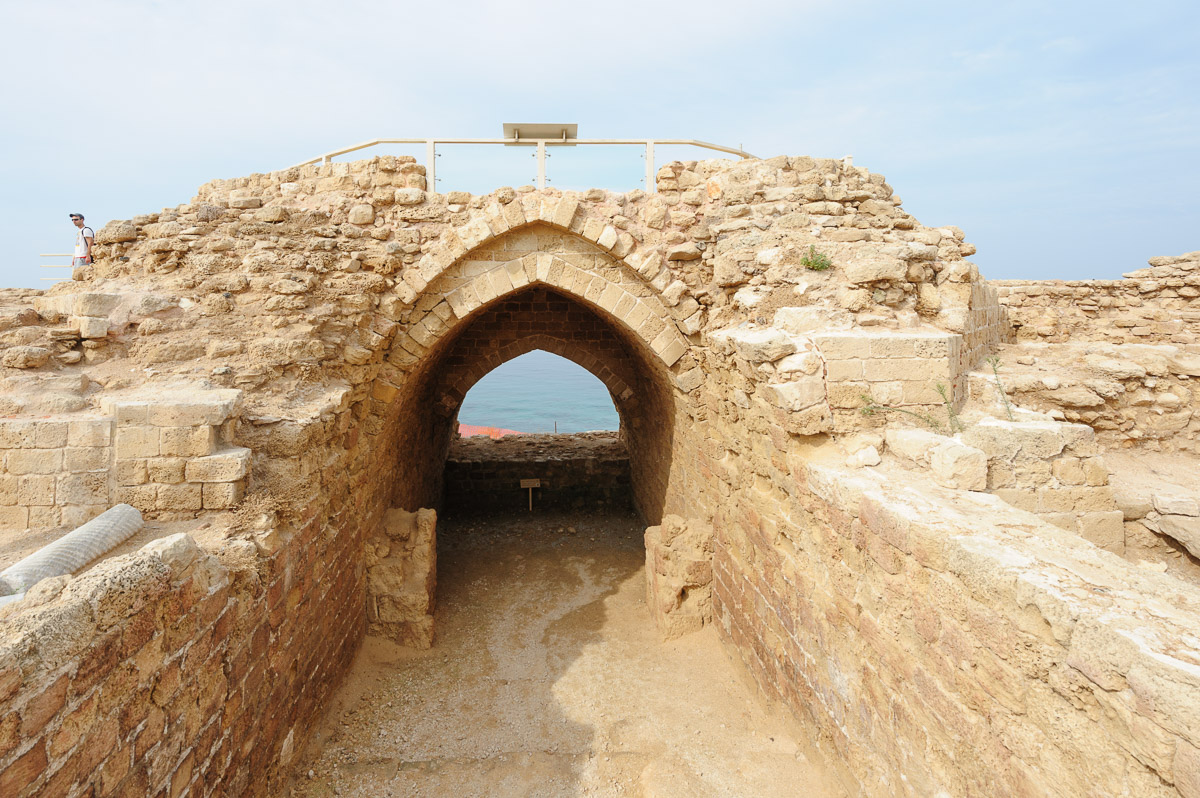 The highlight of the Appolonia/Arsuf National Park is no doubt the Crusader castle with its dry moat. In 1101 Arsuf fell to the Crusaders led by Baldwin I, king of Jerusalem. The Crusaders who fortified the city walls called the town Arsur. In 1187 Arsuf fell to the Muslims, but Richard the Lionheart was able to recover it in a battle against Saladin in 1191. The big fortress, the ruin of which we see today, was built in 1241 by John of Arsuf, son of John of Ibelin, Lord of Beirut. In 1261 the city was leased to the Knights Hospitaller. In March 1265 following a 40 day siege, Arsuf fell to sultan Baibars, ruler of the Mamluks, who had the city and fortress razed to the foundations. Appolonia/Arsuf never regained its glory, so that by 1948 only a small Arab village remained by the side of the ruins. 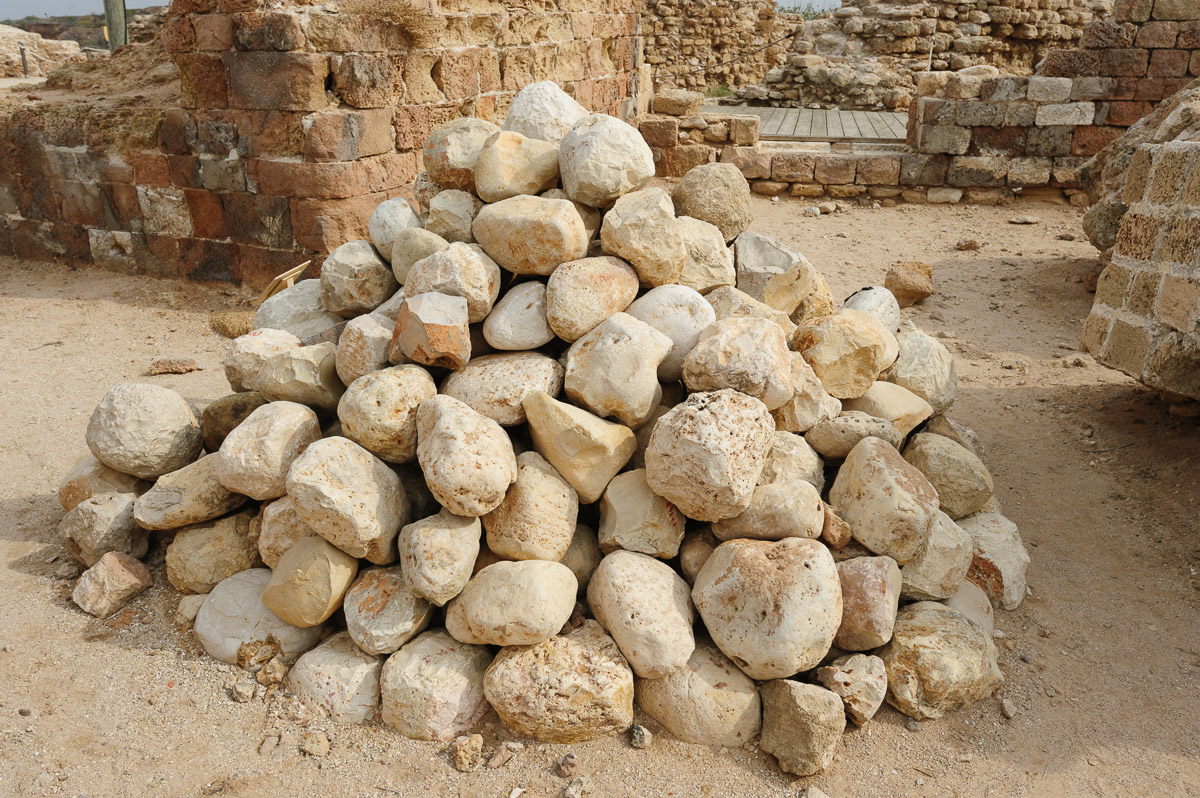