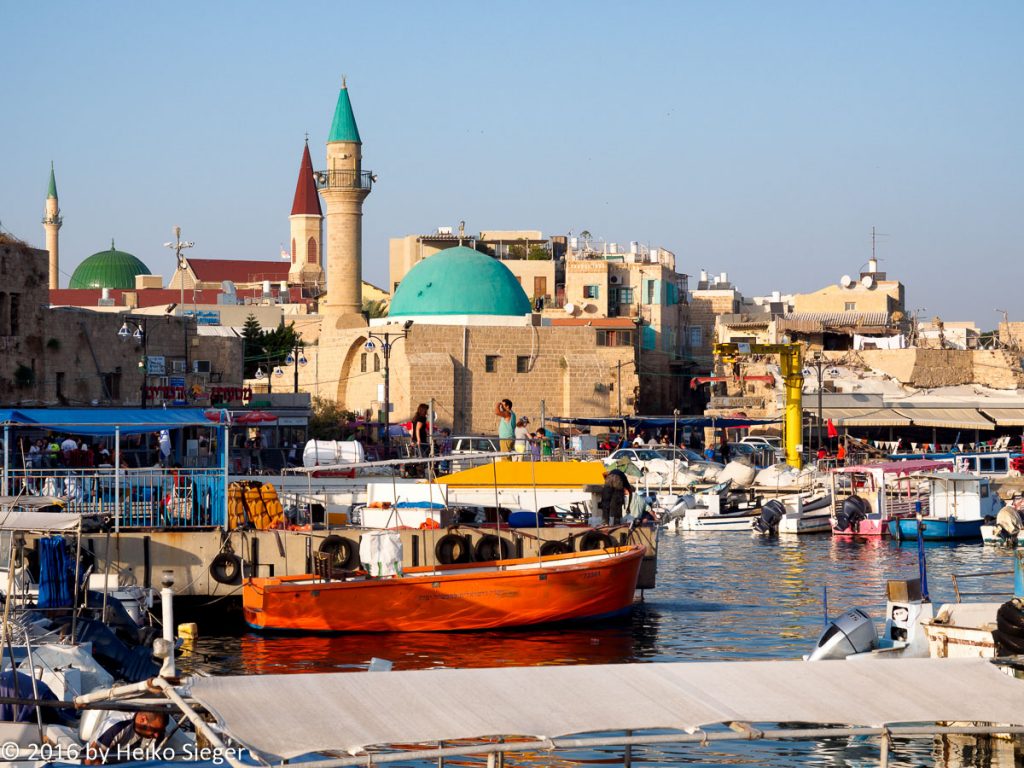 The port city of Akko (also known as Acre) is one of the oldest continuously inhabited sites in the world. Owing to its natural harbor on the Mediterranean sea, it served as a strategic link to the Levant. The ancient Akko, first mentioned in the Egyptian Execration Texts almost 4,000 years ago, lies to the east of the old city on Tel Akko. Excavations have revealed a settlement as early as 3,000 BCE.

During the Hellenistic period the ancient city of Akko was abandoned and a new, fortified city was built on the site of present-day Akko. This city was renamed Ptolemais, after Ptolemy the Second, ruler of Egypt. Later the Romans enlarged the city as well as the harbor south to the city and constructed a breakwater, making it one of the main ports on the eastern Mediterranean coast. 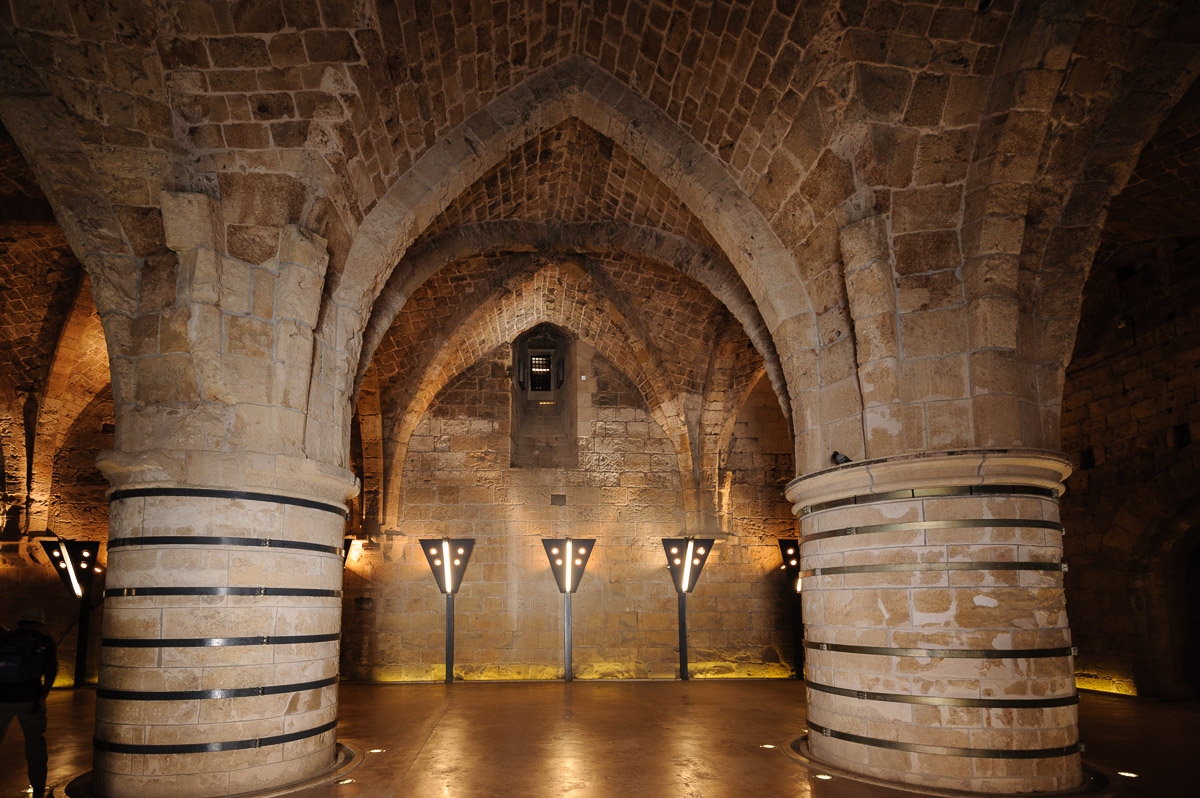 In 638 CE Akko came under the rule of the Rashidun caliphate who called the city Akka. Under Islam it once again flourished, owing to its importance as a naval base and main port of Palestine. The crusaders, who had first bypassed the city on their way to conquer Jerusalem, finally took Akko in 1104, after a 4 year siege and the help of the Genoese fleet. Acre, as we call it now, became the main port of and a source of wealth for the crusader kingdom. Precious goods such as spices and incense were shipped to Europe, and many pilgrims got a first look of the Holy Land when they arrived by ship in Acre.

After Saladin defeated the crusaders in the decisive battle at the Horns of Hittin (also spelled Hattin) in 1187 CE, he took Acre without fight. Richard the Lionheart reconquered Acre in 1191 and Acre became the de facto capital of the Kingdom of Jerusalem. It would soon be known as St. John d’Acre, after the Knights Hospitaller of St. John order who had their headquarters there. Acre became a major commercial hub on the eastern Mediterranean, with a population of about 40,000. The kings palace (called castrum) was located in the northern part of Acre, surrounded by massive fortifications. Next to the harbor, the Italian maritime cities of Genoa, Pisa, and Venice established merchant quarters known as communes. Each commune had its marketplace with shops and warehouses, and homes for the merchant families. But the city also suffered from bitter infighting among the crusader factions, sometimes leading to civil war. 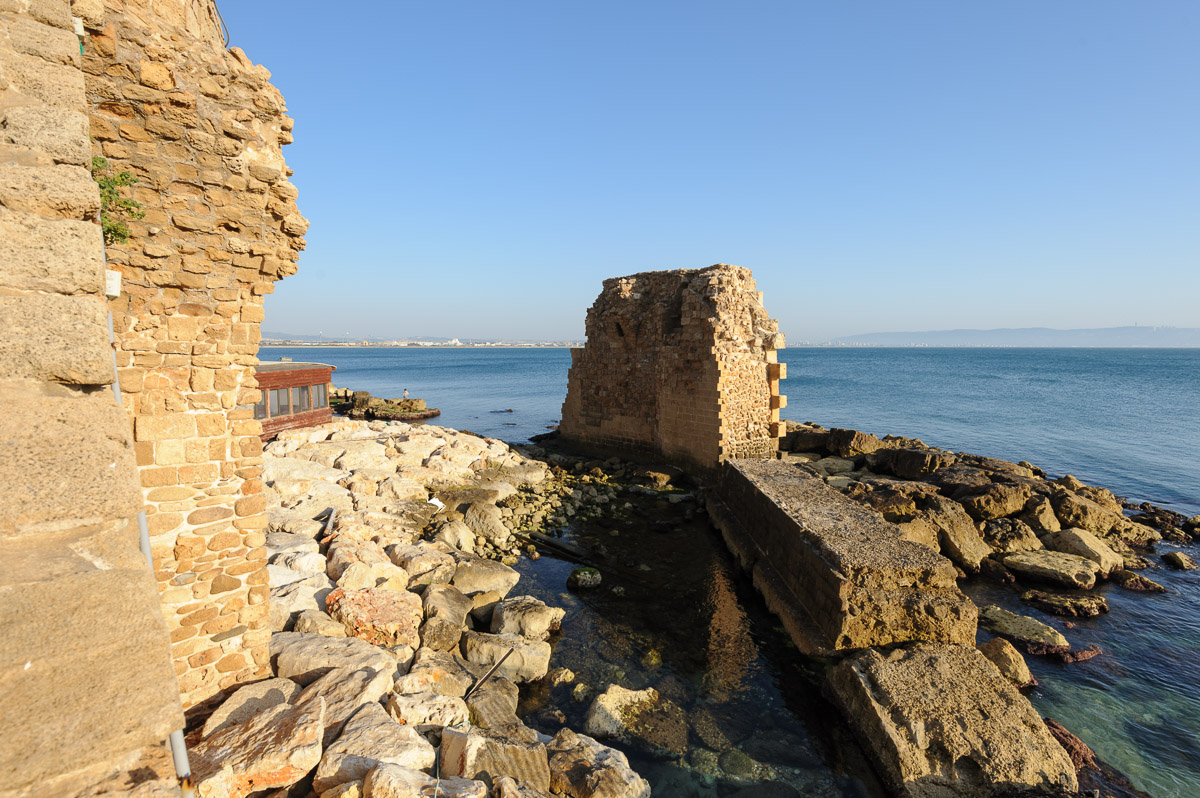 Remains of the Crusader-period Pisan harbor

Acre was the final stronghold of the crusaders against the Muslim forces, when the city capitulated to the Mamluks in 1291. To prevent any future use by crusaders, the Mamluks destroyed the entire city save some Muslim shrines. In the years to come a tiny fishing village was established. Later during the Ottoman rule, Henry Maundrell, a priest and pilgrim from Oxford who traveled to Jerusalem in 1697, writes in his diary (published as Journey from Aleppo to Jerusalem at Easter A.D. 1697):

But notwithstanding all these advantages, it has not been able to recover it self, since its last fatal overthrow. For besides a large kane [khan or caravanserai] in which the French factors [merchants] have taken up their quarters, and a mosque, and a few poor cottages, you see nothing here but a vast and spacious ruin. 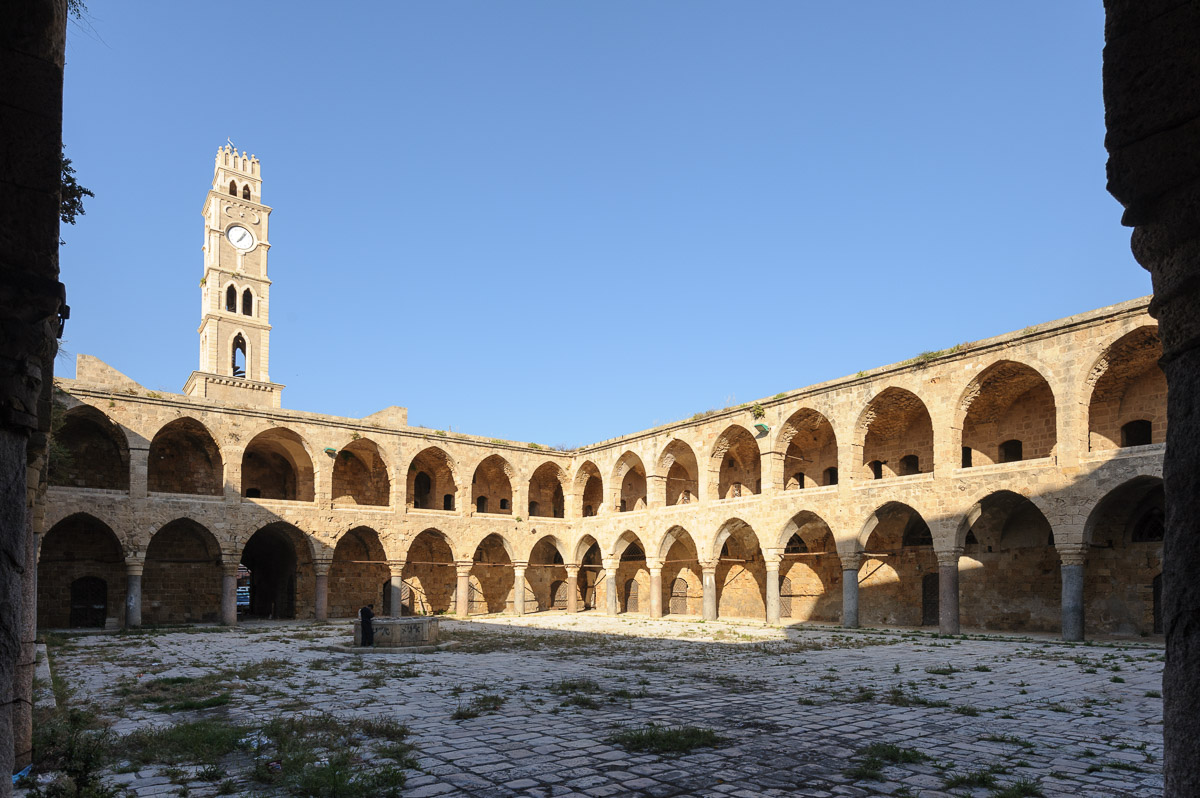 The first to restore some of Acres fame and beauty was Dhaher al-Omar (often spelled Zahir al-Umar), an Ottoman chief tax collector who eventually became an independent ruler over much of Palestine. In 1746 he made Acre his capital, and in 1750 he surrounded the city with a city wall. Dhaher al-Omar was a tolerant ruler, encouraging both Christians and Jews to settle in his sheikdom and help build the economy. He invited Jews to resettle in Tiberias, and Christians to settle in Acre. He turned Acre into a center of the cotton trade between Palestine and Europe.

Forging ties with the French merchants at Acre, he managed to amass a great fortune by inserting himself as a middle-man between buyers and producers. He thus monopolized Palestine’s cotton and olive oil trade with Europe. Dhaher al-Omar was also a wise ruler and businessman. He established security and stability. Al-Omar offered tax relief to peasants when the harvest was poor. And merchants and farmers could benefit from interest-free loans to establish or expand their business. Eventually internal power struggles and the Sublime Porte’s (Ottoman) demand to overthrow rebellious rulers in its provinces brought the downfall of Dhaher al-Omar. In 1775 the Ottoman navy bombarded Acre. Al-Omar tried to escape on horse, but the enemy apprehended and killed him. 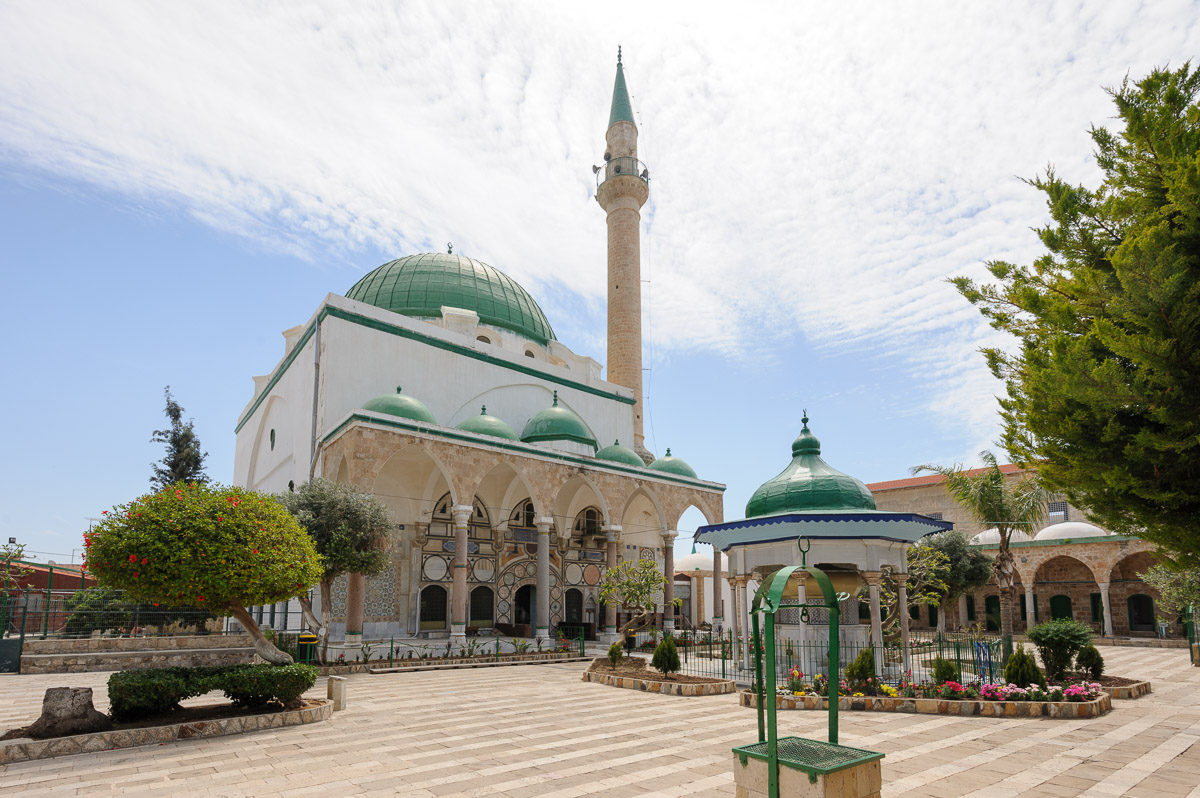 Al-Jazzar Mosque, a landmark in Akko

The next ruler of Acre – Ahmed al-Jezzar (or Jazzar Pasha) – earned his nickname “the butcher” (“al-Jazzar” in Arabic) for his brutality. In contrast to his predecessor, he massacred the minorities such as the Christians. He would order the beheading of any subject who displeased him, especially dhimmi (non-Muslim) subjects. 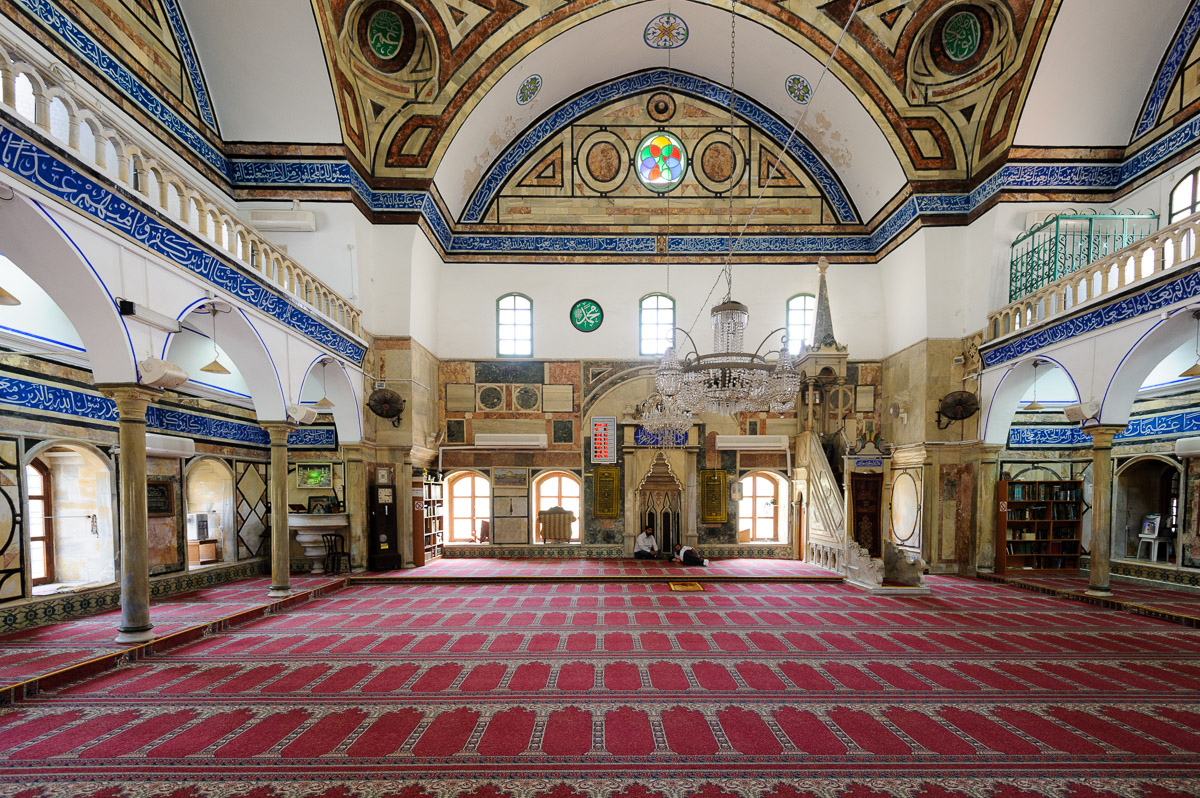 Inside the Al-Jazzar Mosque

During his rule of Acre, Ahmed al-Jezzar initiated a major building program, including new fortifications of the city walls and refurbishing the aqueduct that brought water from the nearby Kabri spring. He also built a large Turkish bath, and the landmark Al-Jezzar Mosque carrying his name. Ahmed al-Jezzar is probably best known for defeating Napoleon Bonaparte at the siege of Acre in 1799. The success was mainly due to the help of the English Royal Navy flotilla  commanded by Commodore William Sidney Smith and artillery expert Antoine Le Picard de Phélippeaux, as well as Haim Farhi, financial advisor to Ahmed al-Jezzar and his right hand. 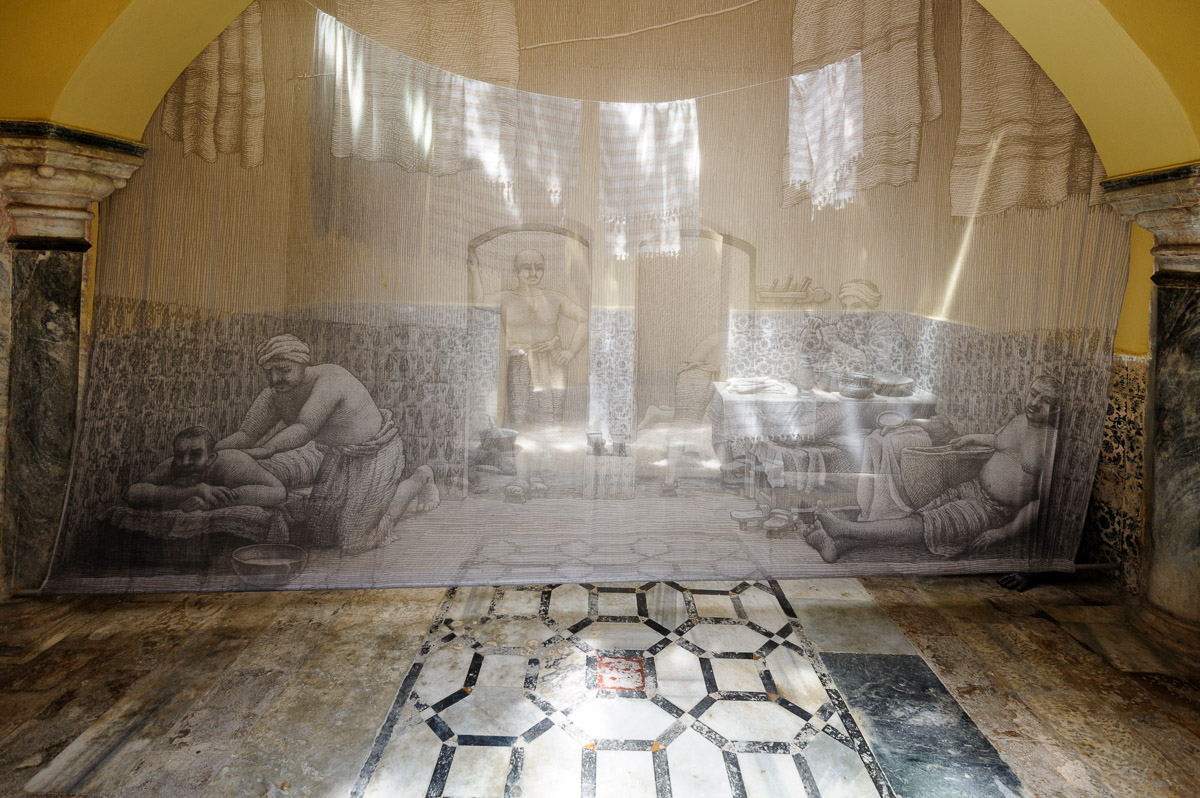 Following al-Jezzars death in 1804, he was succeeded by his mamluk Sulayman Pasha. Sulayman continued to employ the Jewish adviser Haim Farhi. He also granted religious freedom to the Jews and relieved them from heavy taxes that were levied on them by al-Jezzar. All this ended when he died and – thanks to Haim Farhi paying a bribe – the power went to Abdullah. Abdullah repaid Farhi by having him killed and his family possessions confiscated. He then reinforced the heavy taxation of the Jews who had to back-pay for all the years they hadn’t paid.

In 1831 the Egyptian Muhammad Ali and his son Ibrahim Pasha conquered Palestine, including Acre. The British navy together with the Austrian navy shelled and conquered Acre in 1840 and made Muhammad Ali accept the Convention of London treaty. Acre and the Holy Land was restored to the Ottoman empire. 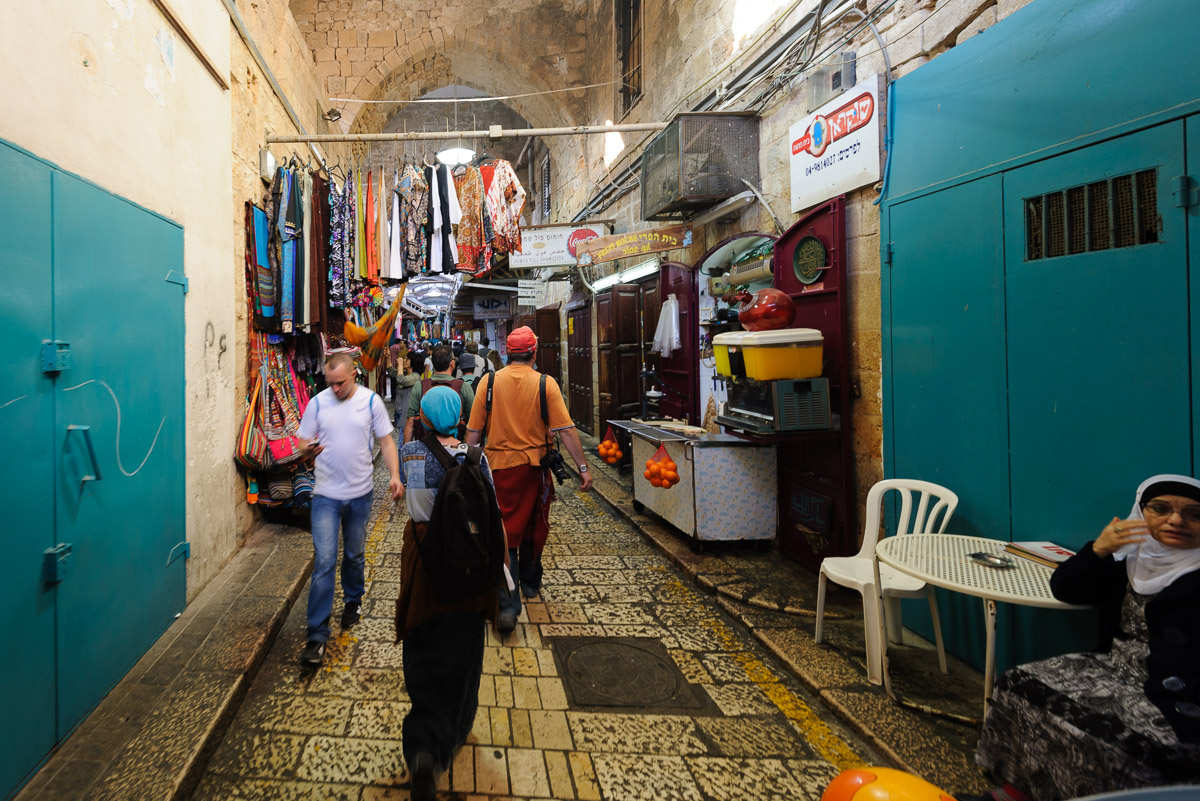 Only in 1913 did Acre regain some of its former prosperity, after linking it with Hejaz railway. Acre was the seat of a prefecture under the administrative center in Beirut when in September 1918, during World War I, the British occupied the city. During the Israeli war of independence, Acre surrendered after shelling by Haganah troops on May 18, 1948. In the following years many Jewish refugees from Arab countries settled in new neighborhoods north and east of the old city. Today Acre has a mixed Jewish and Arab population, and small Druze and Baha’i minorities.

UNESCO declared Acre a World Heritage Site based on the substantial remains of its medieval Crusader buildings beneath the existing Muslim fortified town. Acre is also an important example of an Ottoman walled town with citadel, mosques, khans, and baths well preserved. 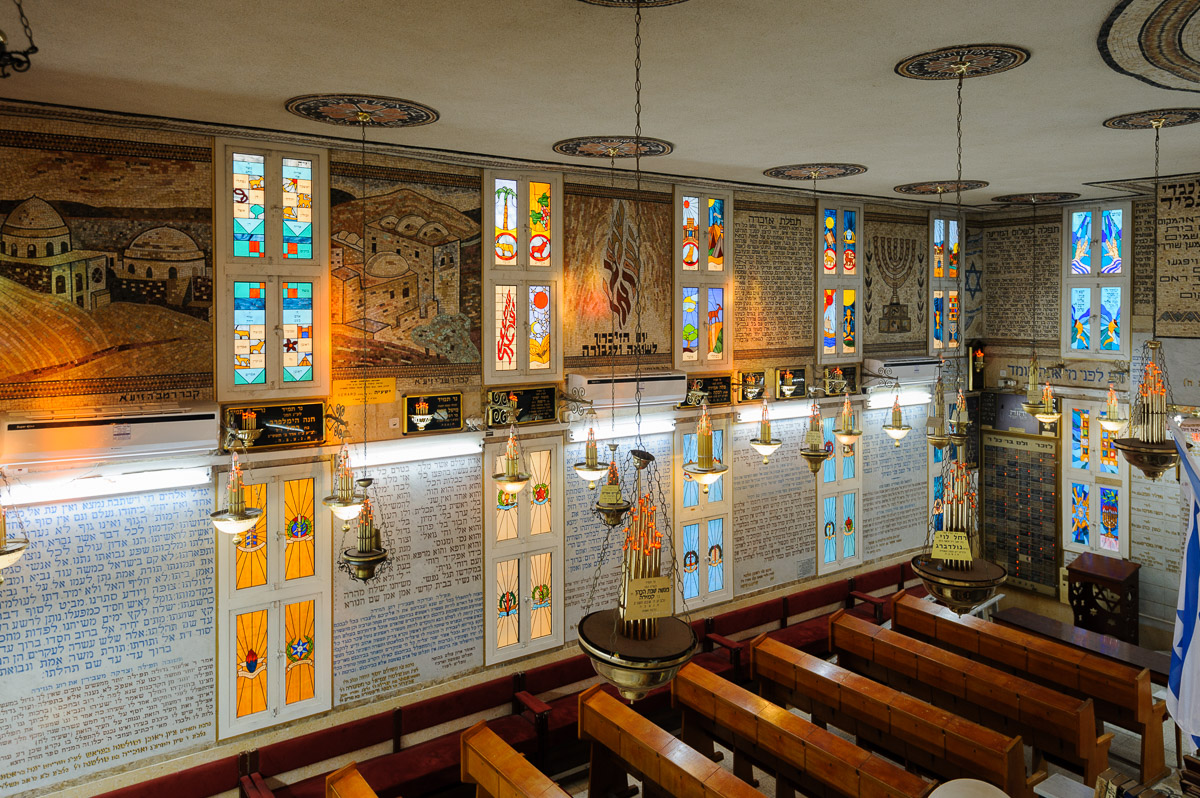 Outside the old city, there is probably the most spectacular synagogue in world: The Tunisian Synagogue known as the “Jariva“. It is literally covered in mosaics.

Some of Acres landmarks are: