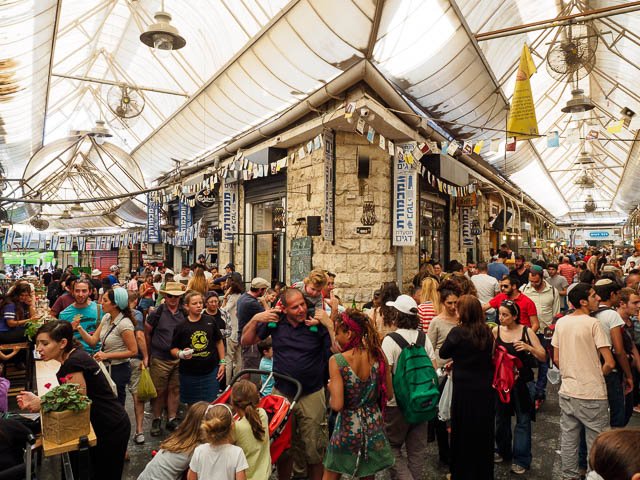 Mahane Yehuda market has long been a landmark in Jerusalem. Some even describe it as a “national treasure“. One thing is certain – if you want to meet authentic people, you need to look no further. This picturesque marketplace lies outside the old city near the center of modern Jerusalem, between Jaffa road to the north and Agripas street to the south. It’s easily accessible by public transport, either bus or tram. 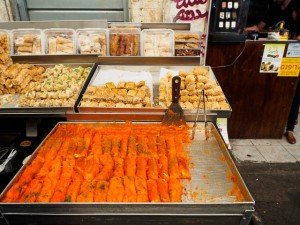 Knafeh (or kanafeh), a local dessert

Hundreds of vendors sell a wide variety of fresh fruits and vegetables, fish, nuts, meat, spices and other food. Want to taste the Levantine cuisine? You will find plenty of cafes, restaurants (including the famous Machneyuda gourmet restaurant), bars and pubs, turning the market into a culinary destination. One of them is the Que Pasa Tapas Bar which also sells a nice variety of local beer.

Mahane Yehuda market is not only visited by Jerusalem residents – religious or secular, Jewish or Arab, rich or poor – but also by a growing number of visitors from other parts of Israel as well as foreign tourists.

From Beit Yaakov market to Loan and Savings market

Mahane Yehuda or “camp of Yehuda” got its name from the nearby neighborhood by the same name, which was founded in 1887 by three business partners: Johannes Frutiger (a Swiss Protestant banker), Shalom Konstrum, and Joseph Navon. The neighborhood was named after Joseph Navon’s elder brother Yehuda. Originally the market was called the Beit Yaakov marketplace after another nearby neighborhood. There Arab merchants and fellaheen (farmers) from Lifta, Deir Yassin, and Sheikh Badr sold their produce to the predominantly Jewish residents of the new neighborhoods. By the 1920s the sanitary conditions deteriorated so much that the British mandate government had to order the vendors to vacate the place. 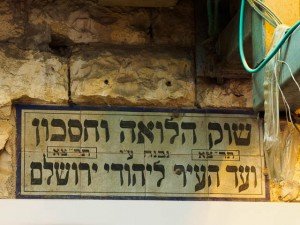 This is when the Halva’a ve-Hisahon (Loan and Saving) bank jumped in and provided low-interest loans to the vendors, but under one condition – that the market be named after the bank. There is still a sign left in an alley of the market that attests to this agreement. Recently the marketplace has undergone further renovations. 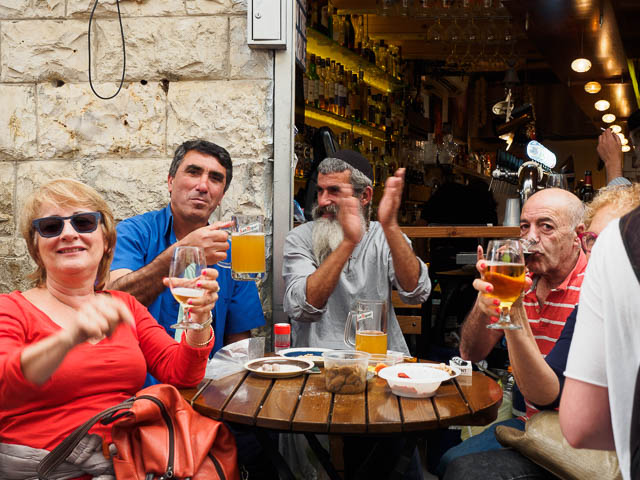 Enjoying a (local) beer at the Que Pasa

Friday is a particular busy day, when many locals go shopping for Shabbat. As the weekend approaches, people relax in the coffee shops and bars inside the market compound. 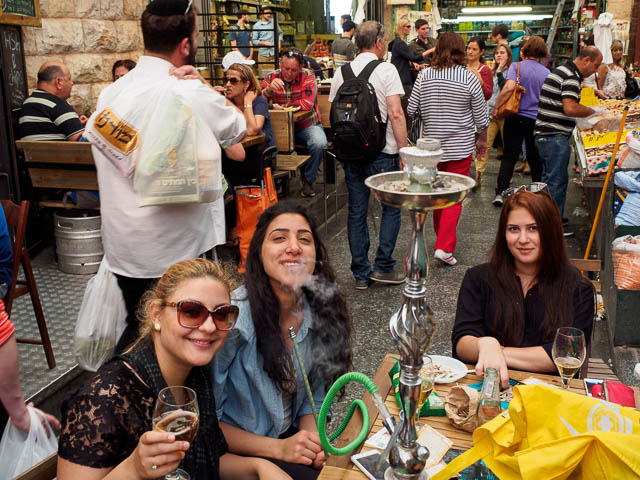 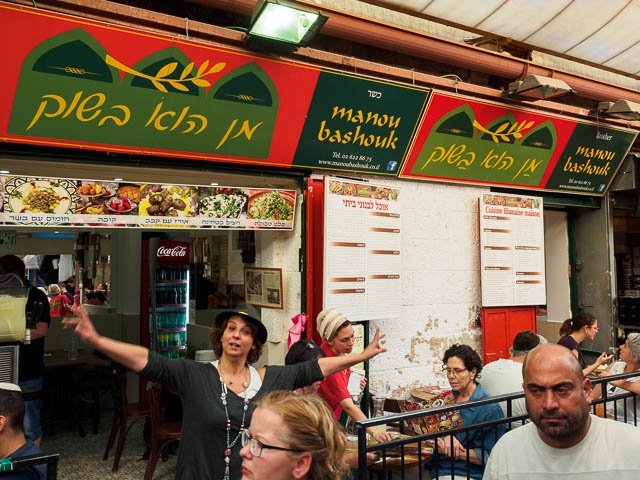