About two years ago I met Eliezer Ya’ari at a cafe in Jerusalems Baka neighborhood. Eliezer Yaari is a known TV journalist and news broadcaster in Israel. He drew my curiosity when he talked about his new book on Sur Baher (or Sur Bahar), an Arab (Palestinian) village east of Kibbutz Ramat Rahel. 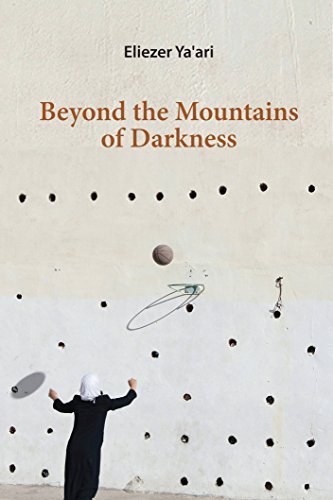 “Beyond the mountains of darkness” by Eliezer Ya’ari

I had been to Sur Baher once, with a bus driver who lived there. Until recently I used to live in the nearby Arnona neighborhood, the same place where Eliezer Yaari is living. Both Arnona and Kibbutz Ramat Rahel are within walking distance to Sur Baher, but the Jewish neighborhoods and the Arab village are worlds apart.

The above mentioned Jewish neighborhoods are part of the State of Israel since 1948, yet Sur Baher – only a few hundred meters further east – was under Jordanian occupation until the Six Day War in 1967. Under the Jerusalem Law many East Jerusalem neighborhoods, including Sur Baher, were annexed and became part of Jerusalem. So far history.

Anyone living in Jerusalem will notice the marked difference between Israeli Arabs who have been part of the state since 1948, and Arabs whose neighborhoods and villages have been annexed by Israel following the Six Day War. By and large Israeli Arabs see themselves as Israeli citizens, whereas most of the Arabs in East Jerusalem, that is the parts of Jerusalem that have been annexed in the Jerusalem Law, see themselves as Palestinians. At least so it seems. Now to the book.

By mere coincidence Eliezer Yaari walks into Sur Baher. He talks to people and takes pictures. One new acquaintance leads to another, and visit by visit he discovers a world that has been so close yet so far. In his book each person is given a short biography. But he also talks about education, terror, the high school exams, the Jewish Agency, and Wadi Humus. Chapter by chapter Ya’ari brings us closer to this – for most Israelis let alone foreigners – unknown world. In his book the people of Sur Baher share the story of their life, their aspirations and frustrations, their struggle and their hope.

At first sight the stories may be of “ordinary” people, but they are everything but ordinary! When telling a story, Ya’ari also provides the context so the reader may understand.

Beyond the Mountains of Darkness by Eliezer Yaari provides a fascinating insight into the life of East Jerusalem Palestinians in particular and on the relationship between Arabs and Jews in general. I highly recommend it to anyone who wants to learn more about Arabs and Palestinians in Israel, and the Arab-Jewish conflict.