The Avshalom stalactite cave is considered one of the most beautiful stalactite caves in the world. Small in size compared to others such as the Postojna Caves in Slowenia, but huge in its variety and abundance of stalactites, stalagmites, drapery, flowstone, shelfstone, helictites, and more. Following a short movie about the discovery of the cave and the riches it holds, visitors enter in groups together with a guide (sometimes you may even be guided by myself).

Scientists have done extensive research in this cave, from climate changes through the millennia to “what’s the chance you get hit by a stalactite?” (well, the title of the research is different, but my title keeps people attentive to the end 🙂 ). The Avshalom cave, also named Soreq cave because of the vicinity to the Soreq stream, is one of many nature reserves in Israel operated by the Nature and Parks Authority. The cave is located near Beit Shemesh, about 30-40 minutes drive from Jerusalem. More information about the cave and the opening hours can be found here.

The walking path through the cave allows visitors to view about 80% of the cave. However, there are some treasures that are partly or entirely hidden to the public. Below you can discover some of the hidden secrets. (Please understand that these areas are not accessible to the public for a good reason – to preserve nature and the fragile ecosystem inside the cave.) 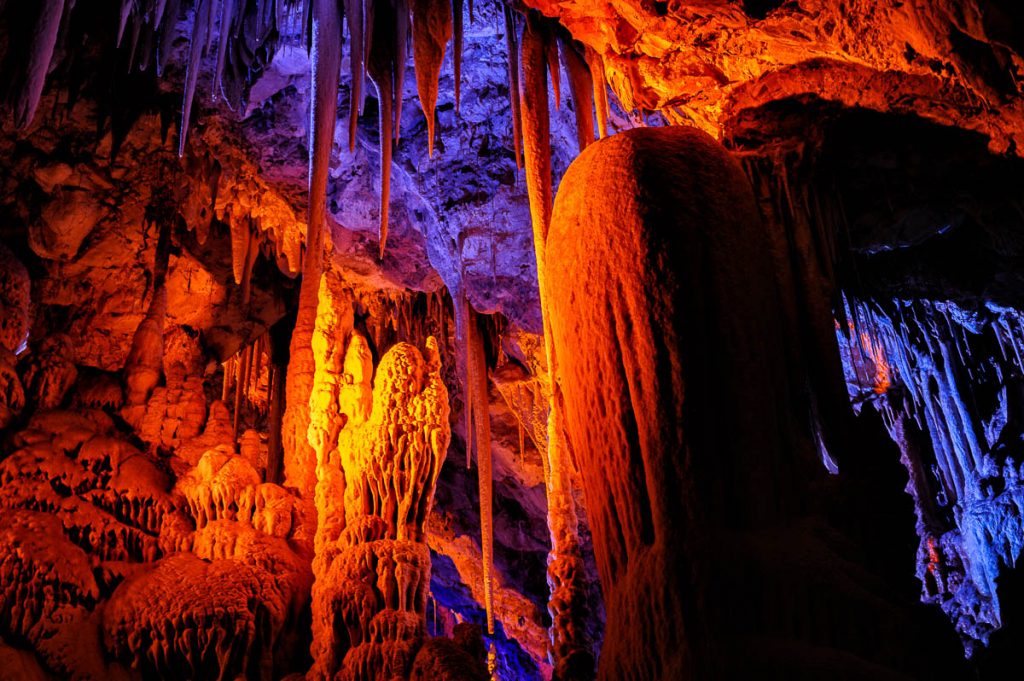 The colorful lighting system inside the Avshalom stalactite cave not only adds to its beauty, it also helps reduce damage caused by exposure to light. 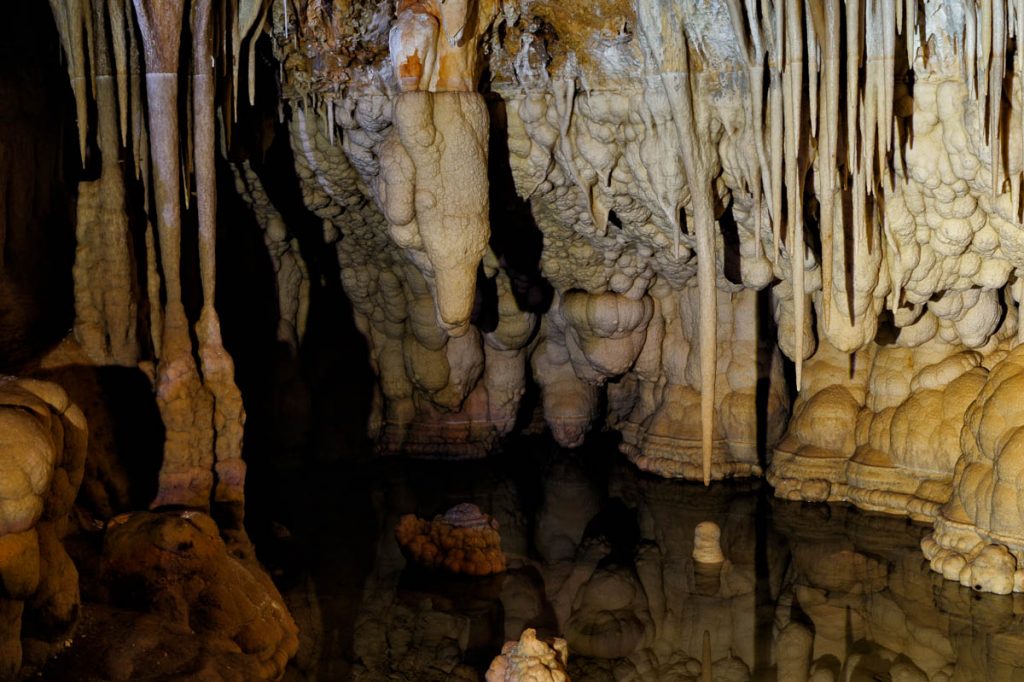 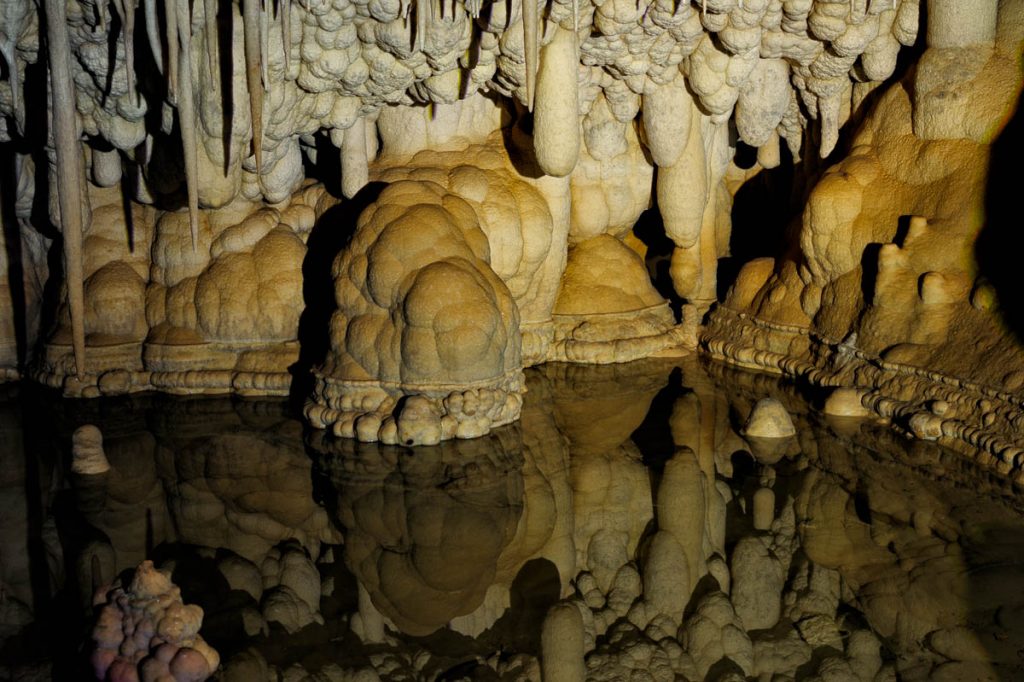 Reflections in the pool. The brown color is from iron oxide. You’ll need to come by and visit to find out where the iron originally comes from – you’ll never guess. 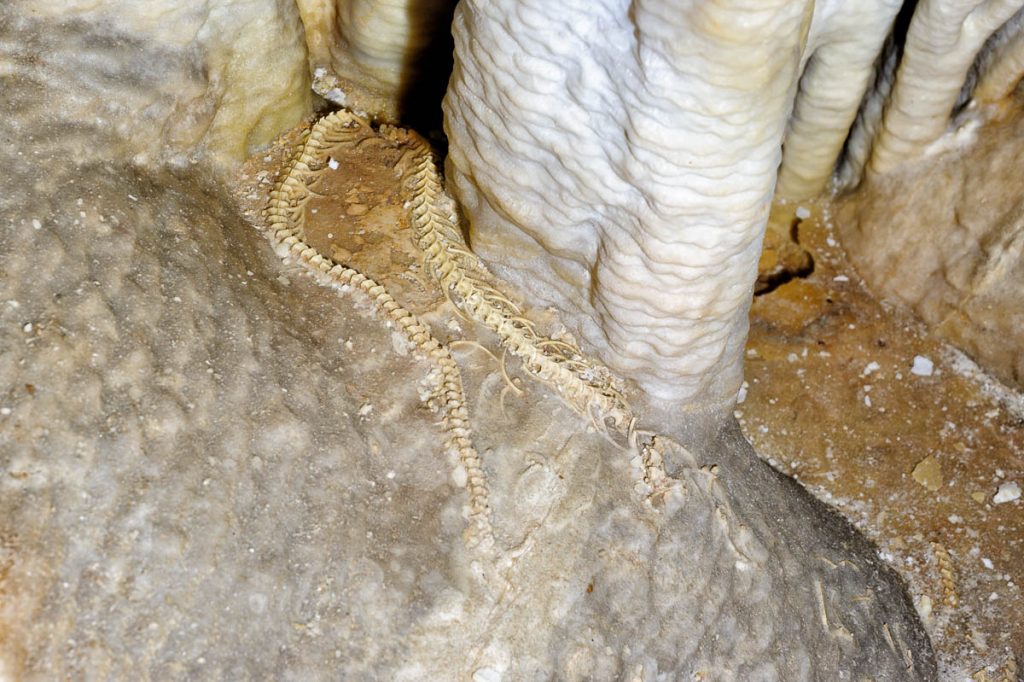 Here they are – snake fossils in the stalactite cave